Leader of the Wanderers (along with Dark)

Killing anyone who comes in his way.

Become the leader of the pride (both failed).

Harry is the main antagonist of the 2004 British made-for-television film Pride.

He was voiced by the late John Hurt, who also played the Horned King in Disney's The Black Cauldron, Caligula in I Claudius, Claudandus in Felidae, Adam Sutler in V For Vendetta, Lord Cotys in Hercules, Mr. Mole in Thumbelina, Percival Graves in King Ralph, Sailor John in Legend of the Lost Treasure, and General Woundwort in Watership Down.

Harry is a cruel alpha male lion who leads a gang of rogue lions called "The Wanderers". He will stop at nothing for the survival of his large pride of starving lionesses. He aims to take over Suki's territory due to the lack of food in their lands and is not above cannibalism to cut the numbers down in a crisis. He was friends with Dark, another member of the Wanderers.

In the beginning he kills Fleck's mother when the Wanderers terrorized Suki's pride before being forced to retreat. When Suki joins the Wanderers, he takes an immediate dislike to her due to her negligence to hunt for her pride, and Suki's status as a vegetarian. He attempted to have Dark kick her out, since she has not decided to stay for good, but Dark furiously refused. He was furious to learn Suki was pregnant and threatened her due to the current lack of food and the dry season. When Suki gave birth to four cubs with Dark, he sarcastically congratulated her for giving his pride "four more mouths to feed" but has had enough and saw them as a burden to their survival. That night, Harry kills and eats three of her cubs (who attempted to fight back) but left one of them, Rory alive as leverage. The next morning, he callously tells her that her cubs "went missing" and threatens for Rory to "go missing" as well if she refuses to comply with his demands.

That night, Suki eavesdrops on Harry lying to Dark about what happened to his cubs, then discusses their plan to invade Suki's pride and kill everyone to take over their territory. She rushes to her pride to warn them about the Wanderers preparing to attack. As the morning comes, Dark and Harry arrive to face the other lions, including Lush, a lion that Suki met on her way home. The evil lion prepares to eat Rory, making Dark realize it was Harry who murdered his cubs. Suki intervenes and a fight breaks out between the pride and the Wanderers.

Harry attacks Suki's brother Linus, but Linus manages to corner Harry on the edge of a cliff. Harry begs for Dark to save him. But out of anger of losing his cubs to Harry, Dark refuses and pushes the wicked lion over the edge to his death, with Harry landing on his stomach on the rocks below. 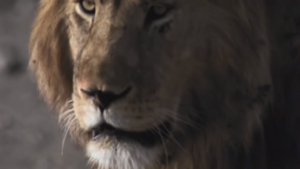 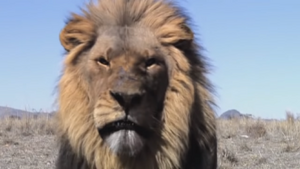 "She's just another mouth to feed. Kick her out!" 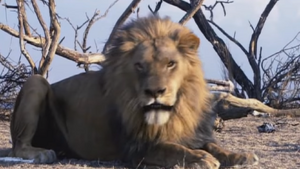 Harry "congratulating" Suki for having cubs. 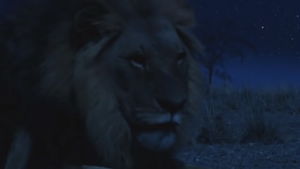 "C'mon Dark!, I may have psychopathic tendencies, but I'm not an idiot!", Harry lying to Dark about not killing his cubs. 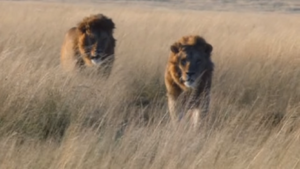 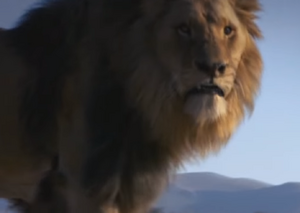 "What a touching reunion." 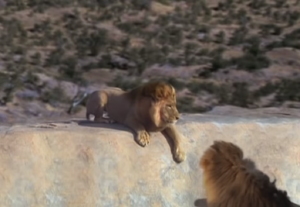 Harry beckons for Dark's help while on the cliff edge. 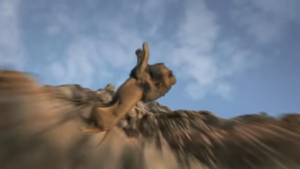 Harry plummeting from the cliff to his death.
Add a photo to this gallery 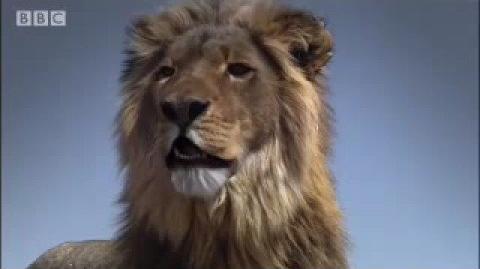 Retrieved from "https://villains.fandom.com/wiki/Harry_(Pride)?oldid=4203327"
Community content is available under CC-BY-SA unless otherwise noted.