Earn as much money as possible.

Get away with his heinous crimes by faking his death (ultimately failed).

He was portrayed by the late Orson Welles, who also played Franz Kindler in The Stranger, Hank Quinlan in Touch of Evil and Le Chiffre in the 1967 adaptation of Casino Royale.

The film begins with American novelist Holly Martins paying a visit to his old friend Harry Lime in Vienna for work reasons, only to find he was killed in a recent car accident. He gets to the cemetery in time for his burial, where he meets Major Calloway, who later implies that Lime was a flagitious criminal, causing Martins to get angry and promise to prove him wrong. However, while digging into his friend's last moments by seeing those who knew him, he finds several inconsistencies, and as Calloway and Sgt. Paine provide him with evidence of Harry's criminal past, he becomes disillusioned and decides to go back to America.

A few days before leaving Vienna, he happens to see Harry Lime on the street, but loses track of him after a brief chase. He eventually convinces the officers and they decide to go check Lime's grave, finding Joseph Harbin, a missing associate of his, in his place. The police then resumes the search, trying to recruit Martins to help them track him down. At first he shows a bit reluctant and Harry even offers him a part in his trade. When Holly tells him about his victims, Harry asks him that if he could make twenty pounds for each dot (as people are seen from the big wheel) that stopped moving, would he pity them or calculate how many "dots" he could spend.

During the next days, Martins pays a visit to a hospital, where the major shows him some of the kids that fell victim of Lime's fake penicillin, commenting that the lucky ones died. He is finally convinced and decides to collaborate with the police, leading to a raid that ends with a hunt for Harry through the sewers of Vienna. When Martin finally catches up to Lime, he shoots his old friend dead.

In Alan Moore and Kevin O'Neil's comic book series League of Extraordinary Gentlemen, Harry Lime appears in the '"lack Dossier" issue. In this alternate history, Lime faked his death and somehow rose to become head of British Intelligence in post-Big Brother England, and is the true identity of "M'" in the James Bond franchise. Presumably he fills the same role as James Moriarty (the original M) as the modern Napoleon of crime who monitors the underworld for the government. He appears once to give instructions to Jimmy Bond (descendant of Moriarty's henchman Campion Bond), and remonstrates him for calling him by his real name, with the quote "Jimmy, you can call me "M". Behind my back, you can even call me "Mother".  But Harry... Harry died a long time ago in the sewers under Vienna. Let's leave it at that, shall we?".

Despite his cool attitude and friendly approach, Harry is completely amoral, has little to no regard for the lives of others, and cares only about himself. He also seems pretty lukewarm about his former girlfriend Anna, who is still deeply in love with him. 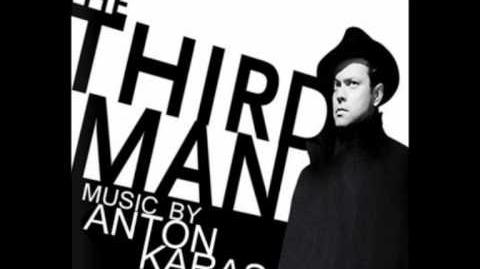 The Third Man - Anton Karas
Add a photo to this gallery

Retrieved from "https://villains.fandom.com/wiki/Harry_Lime?oldid=4165572"
Community content is available under CC-BY-SA unless otherwise noted.