Escape the police (unknown if succeeded or failed).

He is the owner of Wormwood Motors, the husband of Zinnia Wormwood, and the father of Matilda and Michael Wormwood. Although he poses as an honest and amicable businessman, Wormwood is a con-artist, selling faulty cars at unreasonable prices, as he believes that nobody gets rich being honest. In the film, he is unaware that FBI agents were spying on him as he believes that they were simply speedboat salesmen.

He was portrayed by Danny DeVito, who also directed the film and narrated it. DeVito also voices Mr. Swackhammer in Space Jam, and portrays The Penguin in Batman Returns, Sam Stone in Ruthless People, Burke Bennett in Death to Smoochy, Bobby Ciaro in Hoffa, and Frank Reynolds in It's Always Sunny in Philadelphia. In the upcoming 2022 Netflix adaptation, he will be played by Stephen Graham, who also played Jacob Marley in the 2019 miniseries adaptation on A Christmas Carol, Fulvio in the 2008 film adaptation of Inkheart and also voiced Gruagach in the 2019 Hellboy film.

Harry Wormwood's past is mostly unknown, but it is mentioned that he never attended university/college, believing that such institutions were filled with "hippies and cesspool salesmen". It is unknown at what point in his life he decided to create his business, Wormwood Motors, where he would scam unsuspecting customers, cheating them of their money.

Through his dishonest dealings, Wormwood manages to make a decent living for himself. He is mentioned to have purchased stolen car parts. While he maintains a great relationship with his wife and with his son, he shows little interest for Matilda, and sees her as a thorn in his side. He proves to be easily irritated, bad-tempered, and disrespectful of her, and shows envy towards her for her intelligence and love of education. He frequently insults Matilda, shouting at her and calling her names. In revenge, Matilda plays numerous tricks on him, the most notable one being when she swaps his hair product with chloroxine, which bleaches Harry's hair. Harry's wife and son are both shocked at such a sight, and upon seeing himself in the mirror, he screams in terror, to his daughter's amusement.

Later that day, Harry takes his two children to his business, Wormwood Motors, unaware that two FBI agents were following them. He shows Michael his business tricks, and his dishonest methods of scamming customers. Matilda is rightfully offended by such actions, and speaks up, only to earn her father's insults. She proceeds to put Super Super Glue onto his hat. This ends up causing a big scene at Cafe Le Ritz, where the Wormwoods were heading to dinner that evening.

Back at home, Zinnia uses a pair of scissors to remove the hat from her husband's head. The family proceeds to eat dinner while watching their favorite TV show, The Million Dollar Sticky. Meanwhile, Matilda is quietly reading a novel in her chair, which again irritates her father. Upon hearing the name of the book, Harry suspects it to be offensive and tears the book to pieces, before forcing Matilda to watch the TV show along with the family. Infuriated and frustrated, Matilda uses her mental power to blow up the television set.

The next day, Harry meets up with Agatha Trunchbull at his business, and successfully swindles her into purchasing one of his cars. He arranges for his daughter to begin attending the Trunchbull's school, Crunchem Hall Elementary, where she serves as the principal.

At school, Matilda quickly impresses her classmates as well as her teacher, Jennifer Honey, with her intelligence and brightness, being able to multiply large sums in her head. This prompts Jennifer Honey to visit the Wormwoods that evening, only to be shocked and horrified by the fact that they show little regard for education and their daughter. Harry Wormwood laughs derisively at Jennifer Honey's suggestion that Matilda could be ready to attend college/university in a few years, deeply offending her.

Later on in the film, while Jennifer Honey and Matilda are exploring the Trunchbull's home, the Trunchbull's car breaks down, and she proceeds to call Harry on the phone, angrily threatening him with violence and lawsuits. Throughout the rest of the film, neither Harry nor his wife Zinnia show any concern for their daughter, continuing to regard her as a thorn in their side. He ignores his daughter's suggestion that the speedboat salesmen visiting their home were in fact, FBI agents, and that he was indeed being tailed by the Feds for his illegal dealings.

By the end of the film, Harry Wormwood has attracted the full attention of the authorities due to his crimes of purchasing stolen car parts and scamming customers. They decide to flee to Guam, and attempt to take Matilda with them. However, she and Jennifer Honey protest, and they relent, allowing Honey to adopt Matilda before leaving on their way. As they do so, we hear police sirens in the background.

Wormwood's exact fate is unknown, although it is implied that he was most likely arrested and sent to prison for his crimes.

Harry Wormwood's first appearance as he's not impressed with his newborn daughter.

Harry with his wife, Zinnia.

After putting his daughter in the back of the car, Harry starts driving. 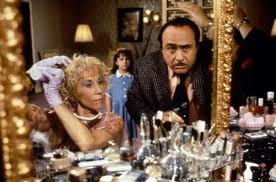 Harry Wormwood with his wife Zinnia. 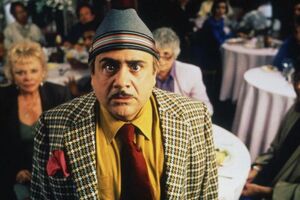 Harry's hat is stuck to his head. 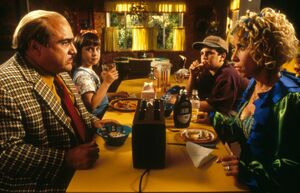 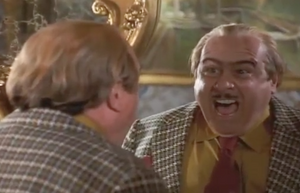 Harry freaks out upon seeing his bleached hair. 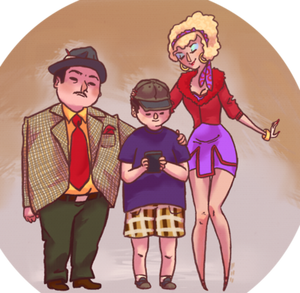 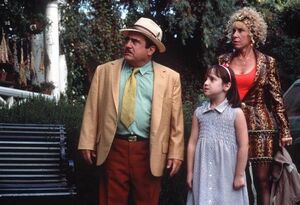 Harry when Ms. Honey reveals she cares about Matilda. 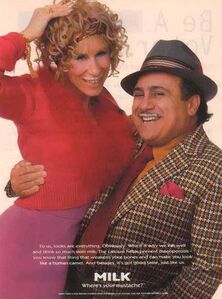 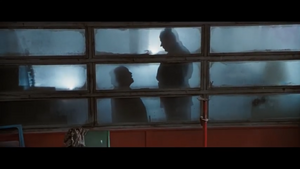