Evil Creator
Hatchiyack is the final antagonist of Dragon Ball Z: Plan to Eradicate the Saiyans. He is an advanced device created by Dr. Raichi to amplify the power of hate to help the Tuffles fight the Saiyans.

As the Tuffles (Tsufurians in the Japanese version) were wiped out by the Saiyan Army, a Tuffle scientist named Dr. Raichi attempted to escape the planet in a capsule with Hatchiyack. However, he was killed as the capsule was taking off and it brought Hatchiyack to Planet Dark, a planet at the end of the universe. There, it developed until finally becoming sentient, planning to destroy the last remaining Saiyans for its creator. To this end, Hatchiyack created the Ghost Warriors, revived versions of past foes that the Z Warriors had defeated, namely Frieza, Cooler, Turles, and Slug. Hatchiyack also created a ghost warrior of Dr. Raichi, who went to Earth and placed devices all over the planet that generated Destron Gas, which would wipe out all life on the planet and eventually destroy the Earth itself. The Z Warriors managed to destroy all but one of the gas generators, which was surrounded by an energy field. The ghost warriors appeared and fought the Z-Fighters, until Kaio told them of the ghost warriors' nature. The Z Warriors tracked Raichi to Planet Dark and when they took him on, but they realized he was just another of Hatchiyack’s ghost warriors.

After Vegeta vaporized Raichi, preventing him from coming back, Hatchiyack absorbed its creator’s pure hate. Going beyond its limits, it transformed into a powerful android fighter and completely devastated the Z Warriors in combat.

But Goku realized that Hatchiyack needed to take 15 seconds to fire his Revenger Cannon attack and was then left utterly defenseless. Goku and the others charged up their most powerful attacks and fired together on the count of 15, combining the attacks into one enormous energy wave and destroying Hatchiyack.

In his super computer form, Hatchiyack is powered by the Tsufurians' hatred for the Saiyans. It can generate ghost warriors, who will continually reform after being defeated unless killed the same way they were before. In his android form, Hatchiyack is an extremely powerful fighter, having power equal to, or exceeding that of Broly, as stated by Goku. He can manipulate energy in the form of flight and energy blasts. Hatchiyack’s strongest attack is his Revenger Cannon, where he charges energy for 15 seconds before firing a powerful energy blast. Another of his attacks is the Rapid Charge Counter, where Hatchiyack starts charging his Revenger Cannon, thus seeming defenseless. However as his opponent attacks him, he counters with a lightning fast barrage of punches.

In a Japan-only Dragon Ball Z videogame, Hatchiyack also used a series of alternate forms, depending on which path the player chose. The first was a giant form, so large that his hand was slightly larger than Goku’s entire body. The second form was a large number of Hatchiyack clones that multiplied from the original, though a mirror could be used to figure out which was the original. Then was a super form, where Hatchiyack gained more height and armor, as well as a large increase in power, to the point where the Z Warriors were utterly no match for him. However, in an alternate ending in the Playdia version, Hatchiyack easily ends up killing Son Gohan and the other Z-fighters instead.

Hatchiyack charges green energy for 15 seconds like the standard Revenger Cannon, however, instead, he fires many small and much weaker Revenger Cannons one after another, creating lots of explosions and inflicting a great amount of damage.

Hatchiyack lunges himself to punch the opponent in the gut, inflicting a great deal of damage.

Hatchiyack has the power to resurrect the dead as Ghost Warriors that are stronger than they were in life by their hatred.

Hatchiyack can empower himself through the hatred of others.

A power-up technique used to charge the Revenger Cannon.

Hatchiyack's Super Grudge Amplification transformation has him grows taller and gains multiple bio gems all over his body, additionally he grows a pair of devil horns on his head. Hatchiyack obtains this form during the Prison Planet saga in the Dragon Ball Heroes video game.

Hatchiyack's default fighting form is his Battle form. A bipedal manifestation used as a combat avatar.

In this form, Hatchiyack, using a mirror, creates many different versions of himself, though all but one are illusions.

A giant form, created by putting all the machine's power into the avatar.

In his Giant Form Hatchiyack grows in size to a state where his hand is slightly larger than Goku's entire body. Like other users of this technique, Hatchiyack appears to be able to use it in stages, as he, when already in Giant Form, became larger in retaliation to being hit by Energy Waves. 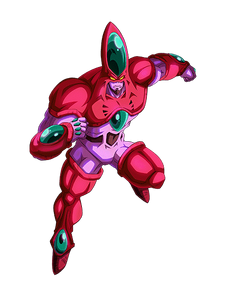 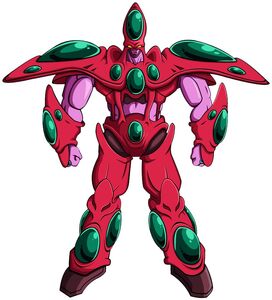 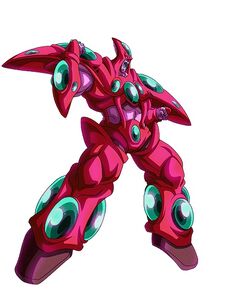 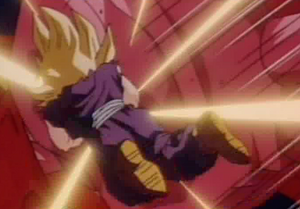 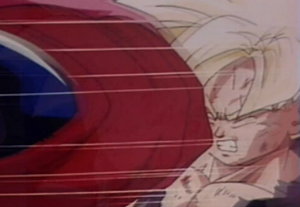 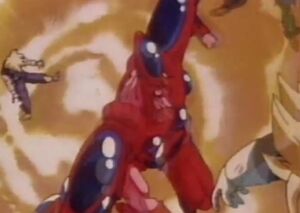 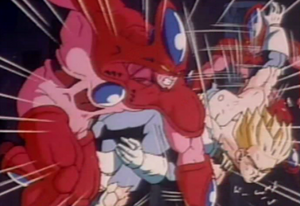 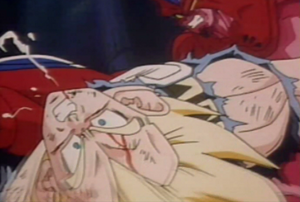 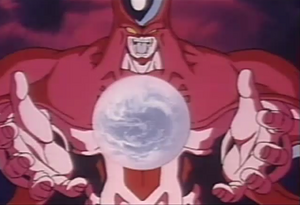 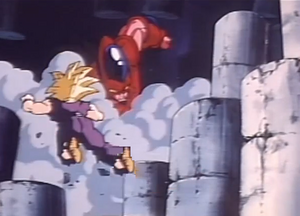 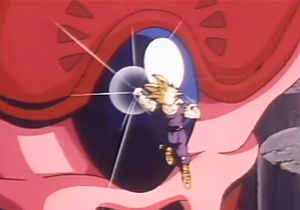 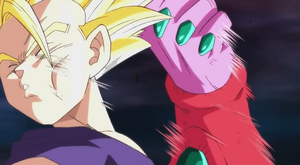 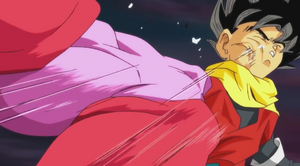 hatchiyack knees beat in the face 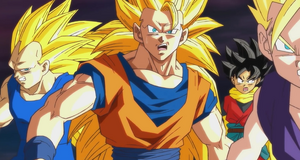 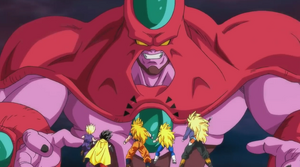 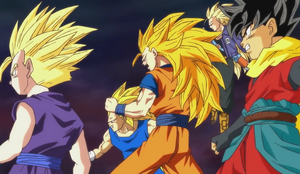 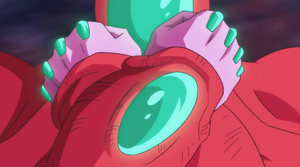 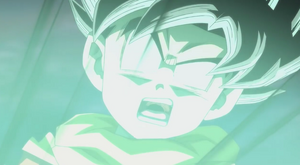 Beat dies as he gets hit by Hatchiyack's Revenge Cannon attack. 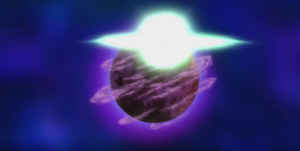 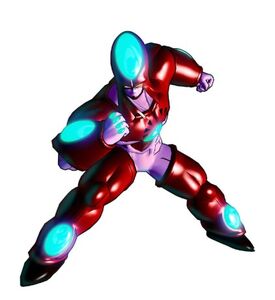