Hatsuna Magatsuji is a descendant of Mitama Magahara and a minor villainess in the Touhou Project fanmade game, Riverbed Soul Saver. She's the shrine maiden of the Tenmaguu shrine, where the Life-Guiding Tree resided in the Outside World.

heroines traverse through the Other Dimension they encounter a familiar sight: The Life-Guiding Tree, which was supposedly returned to the Outside World by Yukari, is there; along with some of its echo spirits.

They also encounter Hatsuna who explains the situation: She's looking for a new place to plant the energy-filled tree since, thanks to the last incident, it has grown so big that the Tenmaguu Shrine cannot contain it anymore.

`At the sight of the heroines, she decides to return it to Gensokyo and plant it there once again while establishing a new Tenmaguu shrine. Like her ancestor, she specializes in electric-based attacks, firing arrows and thunderbolts from her bow while summoning lightning at the same time. 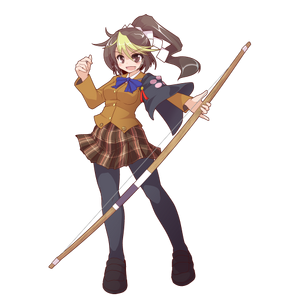 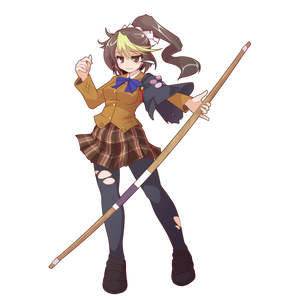 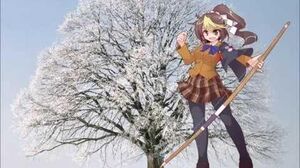 Retrieved from "https://villains.fandom.com/wiki/Hatsuna_Magatsuji?oldid=2819701"
Community content is available under CC-BY-SA unless otherwise noted.