Template:InfoboxHatsuna Magatsuji is a descendant of Mitama Magahara and a minor villainess in the Touhou Project fanmade game, Riverbed Soul Saver. She's the shrine maiden of the Tenmaguu shrine, where the Life-Guiding Tree resided in the Outside World. 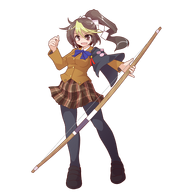 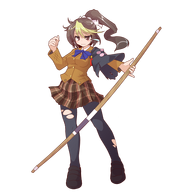 Retrieved from "https://villains.fandom.com/wiki/Hatsuna_Magatsuji?oldid=816373"
Community content is available under CC-BY-SA unless otherwise noted.