Hawk's Eye is an antagonist in Sailor Moon. Once a normal hawk, he is one of the Amazon Trio who serve Zirconia.

He attacks by blowing fire from a torch. Unlike Tiger's Eye, who targets younger girls, Hawk's Eye goes after older women to search their dreams for Pegasus (the exception was when both Tiger's Eye and Hawk's Eye targeted Minako Aino, and competed over her). He makes five attempts to search for Pegasus.

When Zirconia came to suspect Usagi was the holder of Pegasus, he sent Hawk's Eye after her. Fish Eye tried to stop him, when suddenly Para Para's monster Mr. Magic Pierrot came and attacked them, sent by Zirconia to kill them. He destroyed Usagi's dream mirror and aimed a spade attack at Fisheye, but Hawk's Eye jumped in front of him and took the hit. Before dying, he gave Tiger's Eye and Fisheye the orb containing the power that made them human. 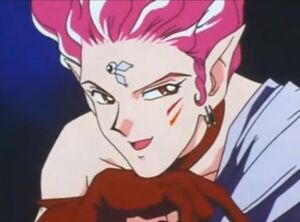 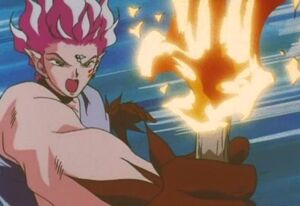