Controlling civilians through their negative emotions.

Take the Miraculouses of Ladybug and Cat Noir.

Hawk Moth (Le Papillon in the French version, which translates to "The Butterfly") is the main antagonist of Miraculous: Tales of Ladybug & Cat Noir who wants Ladybug and Cat Noir's Miraculouses and powers for himself, although his motivation why has yet to be revealed. He creates and leads the akumas; white butterflies corrupted with evil who can transform normal people into supervillains under Hawk Moth's control.

He is voiced by Antoine Tone in the original French version and Keith Silverstein in the English dub (who also voiced Captain Gantu in the Stitch! anime).

In Ladybug and Cat Noir (Origins - Part 1), a man listens as his newly acquired Miraculous, Nooroo, explains the story of the Miraculouses and how they have granted people superpowers and created have created superheros for centuries, stating that the Cat and Ladybug Miraculouses are the most powerful of all and whoever wields both will have ultimate power. However, the man states that he wants to have the ultimate power and, against Nooroo's wishes, decides to use the Moth Miraculous' power to create superheros to create supervillains in order to lure out the users of the Ladybug and Cat Miraculouses. The man then forces Nooroo into his brooch and takes the identity of Hawk Moth. Because of his Miraculous Wayzz sensing Nooroo's negative energy and being too old to complete the job himself, Master Fu decides to choose new heroes to wield the Miraculouses and fight Hawk Moth, eventually settling on Marinette Dupain-Cheng and Adrian Agreste.

Meanwhile, Hawk Moth finds the perfect subject to test his new powers on; Ivan Bruel, a student angry after being mocked by Lê Chiến Kim over not having the courage to tell Mylène Haprèle about how he feels about her. Hawk Moth then sends an Akuma to attach itself to the note Kim gave Ivan, and offers to give him the power to take revenge on the ones who hurt him, which he eagerly accepts, turning himself into the first Akumatized villain; Stoneheart. After Ivan is defeated and returned to normal by the newly created Ladybug and Cat Noir, Hawk Moth is last seen laughing evilly, as they didn't capture his Akuma, causing it to multiply and create dozens of dormant Stonehearts.

In Stoneheart (Origins - Part 2), Hawk Moth attempts to Akumatize Ivan again after he is bullied by Chloé Bourgeois (ironically about his Akumatization), however, he fails after Marinette comforts him and inspires him to write a song to tell Mylène about how he feels. After this fails, Hawk Moth succeeds in giving Ivan his powers back, and, with the army of Stonehearts at his command, Hawk Moth tells Stoneheart to both take revenge and to get the Miraculouses of Ladybug and Cat Noir. Later, Hawk Moth uses his Akumas to create a giant hologram of himself over the city, revealing himself as the mastermind behind Stoneheart's rampage and orders Ladybug and Cat Noir to surrender their Miraculouses to him, however, Ladybug destroys the hologram instead. After Stoneheart is defeated, Hawk Moth swears vengeance on Ladybug and Cat Noir and vows to steal their Miraculouses in order to complete his secret goal.

For the rest of the season, Hawk Moth would continually turn people with negative emotions into supervillains in order to help complete his goals, but would always fail in the end.

Hawk Moth is tall with blue eyes. He wears a dark purple dress shirt with a black vest, a light pink butterfly-shaped bow with a purple button in the center, and black dress pants. Over his head, he wears a gray mask. He also has the Moth Miraculous brooch pinned to his chest.

Whenever he is controlling someone with an Akuma, a bright pink butterfly-shaped outline appears above his face and around his eyes.

Hawk Moth is cold, cunning, and determined. His greatest desire is to claim the Ladybug and Cat Miraculous for himself to obtain absolute power, and nothing will stand in his way. His Akumatized villains are his most powerful known weapon. He chooses his victims carefully and cleverly, giving them ideas if they're struggling to think up ones. He is a great deceiver, persuading people that he cares about their problems and gives them powers, when in fact, he does it because of his ulterior motive to use them to get the Miraculous for him. If things aren't going his way, he easily loses his patience, threatening harm to Ladybug, Cat Noir, and even the villains he creates. After defeat, Hawk Moth vows revenge and, while stopping for a while afterwards, doesn't wait too long to try again with his akumas. 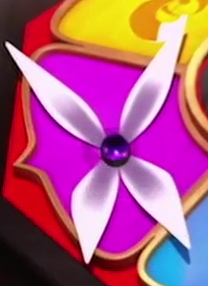 The Moth Miraculous that imbues Hawk Moth with all of his powers. 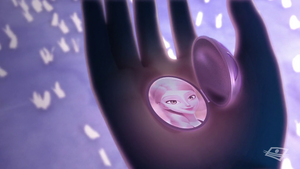 A photograph of Mrs. Agreste kept in the Moth Miraculous under Hawk Moth's ownership. 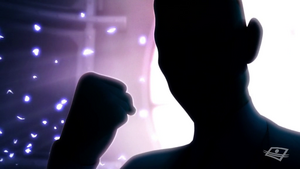 Hawk Moth, unmasked and in silhouette.

Hawk Moth turning a butterfly into an akuma.

Hawk Moth communicating with those under his influence. 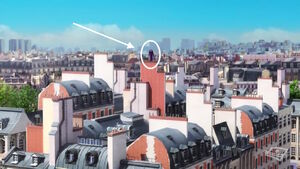 An illusion of Hawk Moth made by Volpina to distract Ladybug and Cat Noir.

Retrieved from "https://villains.fandom.com/wiki/Hawk_Moth?oldid=2105921"
Community content is available under CC-BY-SA unless otherwise noted.