Taking advantage of his invisibility for his own gain and pleasure.

Hawley Griffin, or also better known as the Invisible Man, is a major character and antagonist in first two volumes of The League of Extraordinary Gentlemen. He is a scientist who was turned invisible in an experiment and used his newfound abilities to his own advantage before joining the titular team to receive amnesty for his crimes. He is based on Griffin from the original novel.

Murray, accompanied by Allan Quartermain and Captain Nemo, are sent to Miss Rosa Coote's Correctional Academy for Wayward Gentlewomen to investigate unusual cases of pregnancies caused by a "spirit" drifting through the girls' school. They discover that the "spirit" is Griffin who had made another albino man invisible as a patsy (that man being the one killed at the end of Wells' novel). After escaping, Griffin took advantage of his invisibility so that he could rape several of the Academy's girls. He is exposed and knocked unconscious before being recruited as a member of Murray's League under the pretense of being promised a cure to his condition.

Griffin proves to be a useful agent as his invisibility permits him to spy without being detected. However, Griffin shows signs of utter sociopathy when he murders an innocent policeman so that he could wear his uniform for warmth. When confronted about the matter, Griffin's response was rather childish: "Well forgive me. I'd rather thought we were a covert military unit, but it seems we are instead a knitting circle!" During Volume I's climax wherein the League confronts Professor Moriarty, Griffin attempts to desert the League in Nemo's balloon, only to nervously explain that he didn't think they were returning when he is caught cutting at the ropes.

Griffin returns as a League member as they become involved in the Martian War that ravages England. After seeing the magnitude of the Martians' tripods and weaponry, Griffin elects to side with the alien invaders so as to not be on the losing side. He explains to the Martians that he's with them now and will rule alongside them once they devastate the human race. Having betrayed the League, the British Government, and humanity itself to the alien menace, Griffin gives them plans such as the planting of the red Martian weeds in the River Thames to halt water-based resistance. Murray discovers Griffin stealing the map/chart of the area but is horribly beaten by him to the point of bleeding and puking.

Fellow League Member Mr. Hyde finds the beaten Murray and plots to seek out Griffin in revenge for assaulting her (as Hyde had grown fond of her). Griffin takes refuge in a London museum but is found by Hyde anyway. Hyde then reveals that he has always been able to see Griffith using Infa-red vision and then brutally beats and sodomizes him, leaving the Invisible Man to die in agony on the floor. During a later dinner scene with Hyde, Nemo, and the coachman who escorted the League from locale to locale, Griffin's blood becomes visible, signifying that he has died once and for all. 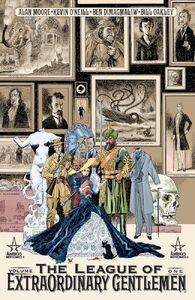 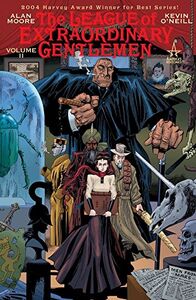 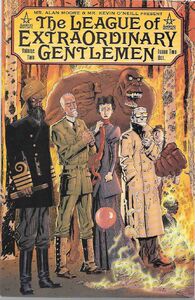 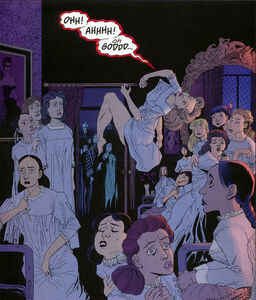 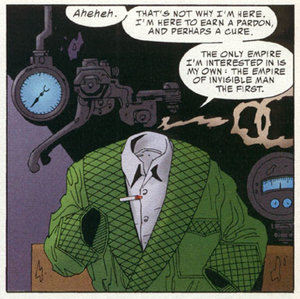 Griffin explaining why he is a part of the League. 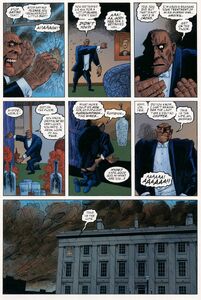 Griffin's brutal death at the hands of Mr. Hyde.
Add a photo to this gallery

Retrieved from "https://villains.fandom.com/wiki/Hawley_Griffin?oldid=3770535"
Community content is available under CC-BY-SA unless otherwise noted.