Princess of the Holy Arcadia Empire

Wreaking havoc.
Taunting Lux and his friends.
Tormenting Lux.
Killing anyone who gets in her way.

Conquer the world and kill any who stand in her way.

Destroy the New Kingdom.
Restore the Holy Arcadia Empire.
Kill Lux Arcadia and his loved ones.
Fuse with Sacred Eclipse to kill Listelka for her betrayal.

Hayes Vi Arcadia is a major antagonist in Undefeated Bahamut Chronicle. She was the Third Imperial Princess of the Holy Arcadia Empire who won the King of Vices' trust to become Heiburg Republic's strategist, being assigned as the leader of her own squadron known as Cerberus, and founded the Dragon Marauders. She is the main antagonist of the Celistia Arc and the secondary antagonist of the anime adaptation.

She was voiced by Saori Hayami in the Japanese version of the anime.

Hayes introduces herself to Lux and hints to Lux about the tragic incident on the island five years ago and flees.

As Phi strangles Lux and makes him passes out, Hayes appears beside them. After Lux wakes up, he confronts Hayes but she warns him if she dies, Phi dies too. She reveals to Lux that she planted a seed of Ragnarok inside of Phi and slowly turning into an Abyss as her body is being eaten from the inside. She tells him that Phi had been resisting her commands which explains her fever and headaches. Hayes offers a deal to Lux in which she will command the Ragnarok to save Phi who will die in a few days in her current state but in exchange, Lux must open the deepest part of the ruins using Krulcifer as the key, but she gives him two days to accomplish this.

When Lux and the group enter the ruins' deepest area, they are attacked as Hayes appears with Phi under her control. However, Phi is released from Hayes' horn by Airi's horn, but the Ragnavok is revived. Fugil appears and tells Hayes to retreat due to the fact that the ruins was collapsing.

Battle of the New Kingdom

As Hayes controls the giant stone golem, she orders the New Kingdom to surrender or die, but she is attacked and subdued by Lux, Lisha, Krulcifer and Phi. Later, Lux asks Krulcifer and Phi to destroy the remaining Abyss and insurgents while he and Lisha destroys the giant, Hayes strikes them, who splits the city in two with the attack, she introduces them in her own Drag-Ride, Nidhogg. While she fights Lisha, whom she outmatched, Lux looks for a way inside the giant. After the giant recovers and about to attack the Capital, Yoruka destroys the giant and betrays Hayes to serve Lux again. Before Hayes could destroy the Capital alone she is finally defeated by Lux and nowhere to be found.

The Imprisonment of Lux and Hayes' Return

Lux wakes up and finds himself as a prisoner in Guernica Prison, he is shocked to see Hayes again and realizes that she is responsible for the Dragon Marauders' betrayal against Soffice. At the same time, she begins to torture Lux by whipping him as her "lesson about her pain and suffering, while being electrocutes him by his new collar for defying her torture. After that, Hayes tells Lux that she isn't done with him as she not only gets him up and warns him about the consequences of defying the Lords, she will also be testing his "qualifications" as one of their "slaves" by starting his "trail" that forcing him whipping his fellow Dragon Paladin and prisoner Greifer.

Eventually, Lux's hesitation get the better of him as he's still unable to whip his comrade in spite the pressure from Hayes and Greifer. Consequently, he is electrocuted by his Wedge again as his "punishment". However, Hayes continues cussing towards Lux and let the "bait" die yet. Lux realize that Hayes' plans were to kill Lisha and others before passing out again.

When Lux woke up again, he sees Aeril, who were healing his wounds and apologizes for her betrayal and Hayes' violent behavior. Aeril tells Lux about her mission in observing the world as a lord with her fake identity and Hayes' grudge against him which she deems as a mistake. However, before Aeril could tell Lux more about her mission, Hayes stops her sister's conversation with him and cusses her mercy with the "enemy". But Aeril calmly warns Hayes about the Seven Dragon Paladins's importance to the Lords and even a slight mishap befall upon them any mistakes will not be tolerated. But Hayes keeps pressuring Aeril to carry out Listelka's instruction so she can participate the Drag-Ride suit, but her sister wares her about her body's condition.

Lux eneters into a room and greet 4 female Dragon Paladins only to see them almost naked but wearing wedges just like him. Rosa, one of the female Paladins, is the first to approach Lux, the latter tells her to back away while Soffice mutters her own "horrific" story with Lux. The situation turns chaotic when all 4 girls clings to Lux until Aeril enters the room which she misunderstanding what was going on. Lux starts to reason with Aeril but she claims that she "doesn't mind", but Lux senses her inner hostility. Magiacla, the captain of the Seven Dragon Paladins, explains to Aeril what was going and this was all of Hayes' scheme when she actually tore their clothes off and took away their weapons, causing both Lux and Aeril making shocking expressions learning of Hayes' plan.

Once Hayes fused with Sacred Eclipse and tried to kill Listelka for her betrayal, she is killed by Fugil Arcadia.

Hayes was a young tall with short silver hair and appears to had heterochromic eyes, with her right colored grey and her left colored blue. She also appears to be wearing a attire of nobility.

Hayes was a manipulative, treacherous, sadistic, ruthless, arrogant, sociopath who enjoyed nothing but chaos and showed little for human life. Her goal was to restore the Holy Arcadia Empire, however, her actions come off as horrible individual, as shown when she tries to kill everyone in the New Kingdom, tries to drive Phi to suicide, and reenacts the human experiments of the old empire, torturing and tormenting others for her own pressure. She also shown to believe that her Holy Arcadia blood she has the right to conquer the world and slaughter everyone who gets in her way and enjoys insulting both her allies and enemies alike. 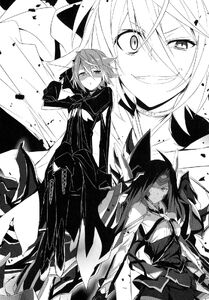 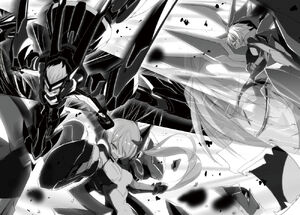 Hayes fighting Lux.
Add a photo to this gallery 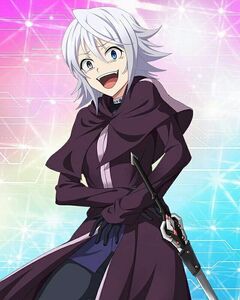 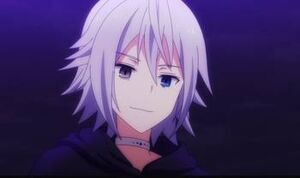 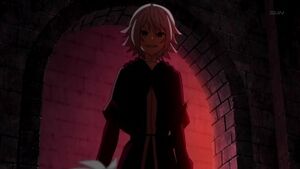 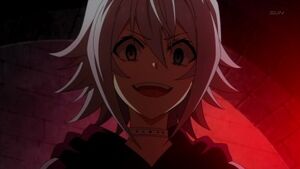 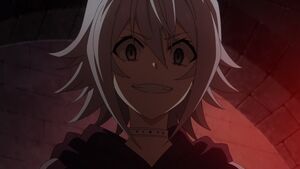 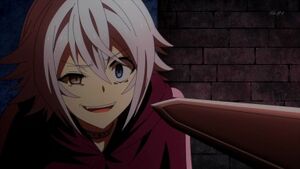 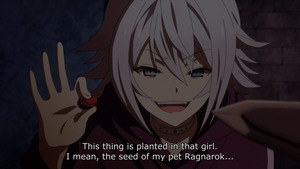 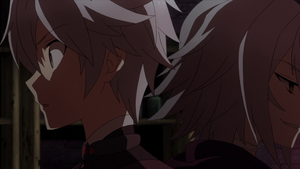 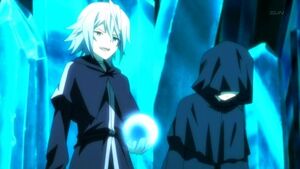 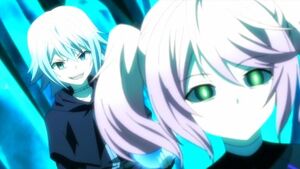 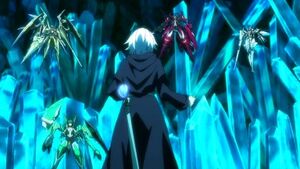 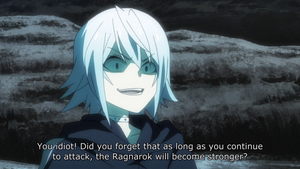 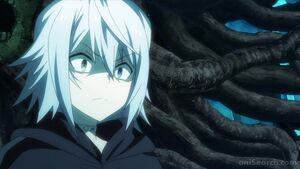 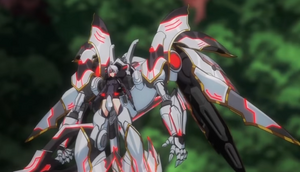 Hayes in her Drag-Ride suit, Nidhogg. 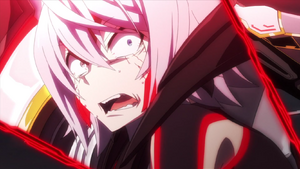 Hayes' villainous breakdown.
Add a photo to this gallery 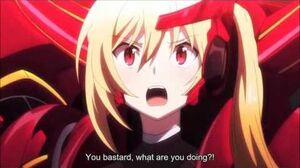 Saijaku Muhai no Bahamut ~ fighting Hayes
Add a photo to this gallery
Retrieved from "https://villains.fandom.com/wiki/Hayes_Vi_Arcadia?oldid=3557687"
Community content is available under CC-BY-SA unless otherwise noted.