Henry Masterson aka HeadMaster was Isaac Sumdac's former employee in Transformers: Animated. He is voiced by Alexander Polinsky.

Henry Masterson debuts in HeadMaster, where he was excited to work for Issac Sumdac. so he decides to show him his invention of a Headmaster unit, he demonstrates by getting inside of the head and uses it to replace a warbot's head of his, and starts controlling it but accidentally fires off a rocket that heads straight for Detroit, so Isaac fires him, and so Henry went back to his Hideout and uses Rock'em Sock'em Robots to imitate himself beating up Issac Sumdac, then he steals Bulkhead's body to get revenge on his old boss, the next morning Bulkhead realizes his body got stolen so the rest of the Autobots took him back to their lair and figured out what happend and the Headmaster took it, then the Autobots come to the rescue to get Bulkhead's body back when Optimus Prime uses Bulkhead's head as a wrecking ball to knock the Headmaster unit off. 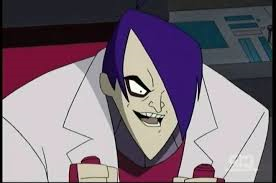 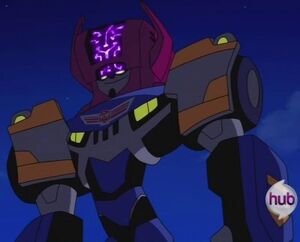 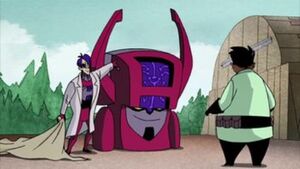 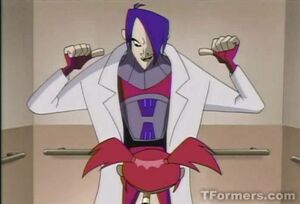 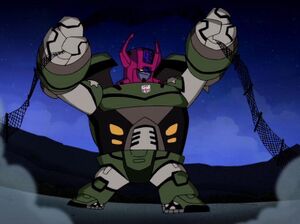