Melting bottle caps into bullets for his guns.
Eating sandviches.
Spending time with his family or teammates.

Protect his Mother and Sisters from Soviet Government (succeeded).

Provide for his family.

Heavy Weapons Guy (or just "Heavy", real first name; Mikhail) is a popular class in the Team Fortress series and is depicted as a hulking brute of a man hailing from Russia and the former USSR - prone to carrying massive weapons such as mini-guns, he is a walking tank of destruction, and when partnered with a Medic, he can be the bane of many.

Heavy Weapons Guy is known for insulting opponents and doesn't care who gets in his way - be them men, babies or "tiny baby-men" - they will likely fall to his slow but devastating attacks.

The Heavy is the most iconic and the more comical among the characters of the Team Fortress universe. He is even a recurring GMod star. He also has a love for his heavy machine gun, which he has nicknamed "Sasha". It's more likely a case of Heavy seeing his weapon of choice as his pride and joy than a possible case of mental illness.

Like all Team Fortress characters, he can be good and/or evil depending on what team you are in.

He was voiced by Gary Schwartz, who also voices Demoman and Monoculus.

Heavy has been a common character in the TF2 comic series, generally being represented as a big, tough man with a good heart. However, his largest appearance yet was in "Team Fortress 2 #3: A Cold Day In Hell, which fleshed out Heavies backstory, revealing Heavy took up his mercenary job to support his family after they escaped from a Siberian gulag in the year 1941.

Heavy is also very close to his family, visiting them once a month and protects his mother and three younger sisters from Russian soldiers. Currently in the comic, Heavy, his mother, and three sisters are travelling around the world looking for the Sniper, Medic, and Engineer.

Received orders from Miss Pauling, Heavy teamed up with Scout as they head to Ayers Rock to investigate. Soon, they learned it's a hidden but now abandoned Australium Gold Mine. Suddenly, the two encountered Saxton Hale and Maggie who were also there looking for the missing Australium. Eventually, the two teamed up to stop Gray Mann. 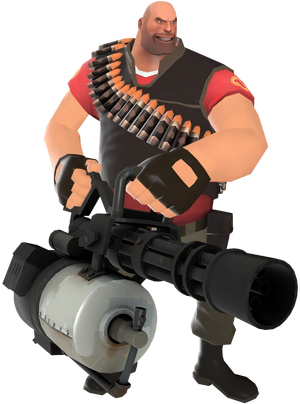 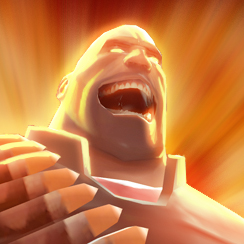 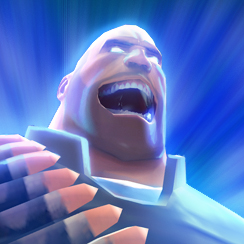 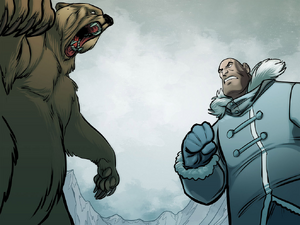 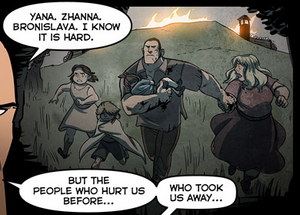 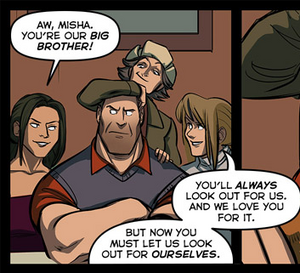 Heavy and his three sisters: Yana, Zhanna, and Bronislava. 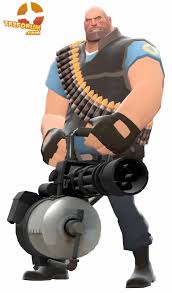 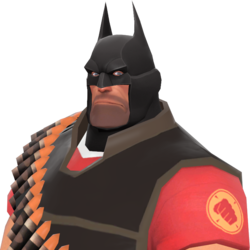 The Heavy wearing the Arkham Cowl, a promotional item for Arkham Knight. 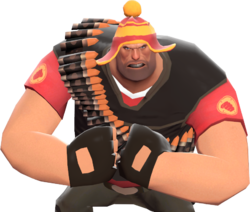 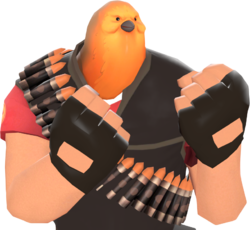 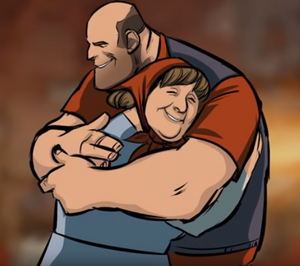 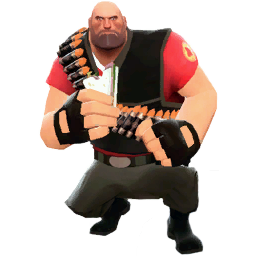 The Heavy crouching while eating the Sandvich. 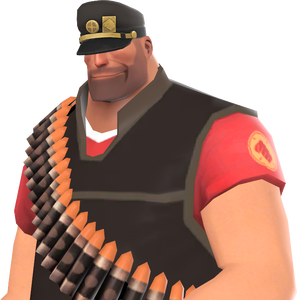 The Heavy wearing a Starboard Crusader cosmetic, which is a reference to Jojo's Bizarre Adventure. 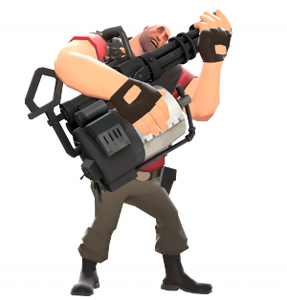 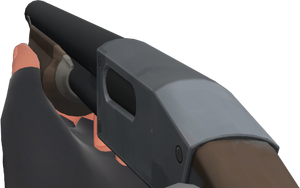 A first person view of the Heavy's shot-gun. 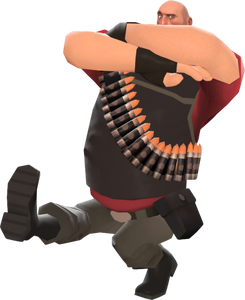 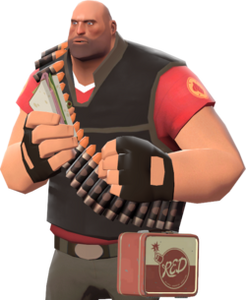 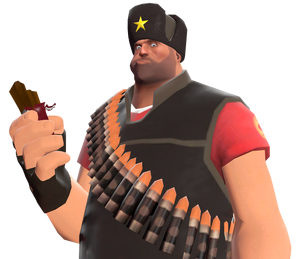 Heavy eating Dalokoh's Bar.
Add a photo to this gallery 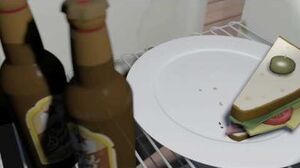 Meet the Sandwich
Add a photo to this gallery

Retrieved from "https://villains.fandom.com/wiki/Heavy_(Team_Fortress_2)?oldid=3796171"
Community content is available under CC-BY-SA unless otherwise noted.