Get rid of the spies to complete her plans to turn people into fur coats.

Use her mystique to kill her former fans

Helga Von Guggen is a villainess in Totally Spies!. She is a famed fashion designer but kidnaps people and turned them into animals to skin them and make money. She returned in Fashion faux pas to make clothes that are so tight they can kill. She became a member of the LAMOS in season 4. Her plan was foiled by the Spies who stopped her.

She was voiced by Adrienne Barbeau, who also played Miss Peters in The Twilight Zone, Catwoman in Batman: The Animated Series, Trish Niedermeyer in The Wayans Bros., Simone Lenoir in Scooby-Doo on Zombie Island and Hera in the God of War video game franchise.

Helga Von Guggen is a rogue fashion designer and one of the show's recurring villains. She has a bodyguard, Trode, to do her bidding.

In "Wild Style", Trode met the spies while they were investigating the mass disappearances of cruise ships along with their crews and passengers. Helga was the mastermind behind the abductions, and instructed Trode to infect one of the spies with her mutation serum through the use of a dart, resulting in Clover being mutated into a catgirl. At Helga's hideout, Helga revealed to the spies that she was using the serum to turn humans into animal-like creatures in order to produce instant-fitting pelt coats. Ultimately, Helga fell victim to her own mutation serum and transformed into a massive Chimaera-like mutant monster, and was defeated and captured by the girls.

In "Fashion Faux Pas", Helga returned (in her normal state) with a scheme to use Mystique fashion clothes to strangle people to death. At her hideout, she told the spies her plan, and ordered Trode to keep an eye on them. In the end, she was turned in and captured again. It is never explained how she returned to normal in this episode.

She later appears again in Season 4 as a member of the LAMOS along with Terrence Lewis, Tim Scam, Boogie Gus and Myrna Beesbottom, having herself been disposed of Trode, whom she deemed to be too incompetent. In "Evil Jerry" Helga was arrested, but she returned (presumably having escaped) in "Like, So Totally Not Spies", and at the end of that episode, Helga and all the other members of LAMOS were arrested. 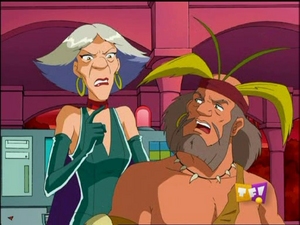 Helga and her right hand Trode 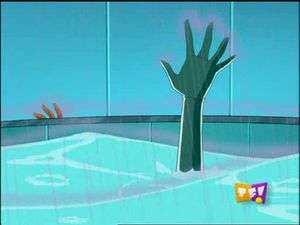 Helga after falling in serum tank 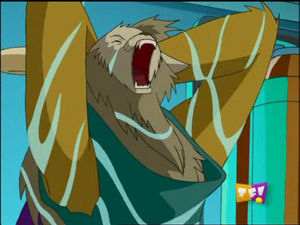 Helga's monster form after she was transformed by the serum 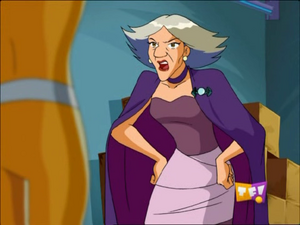 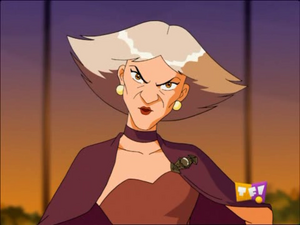 Helga reveals herself as Mystique 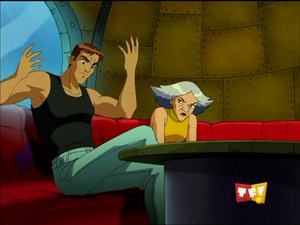 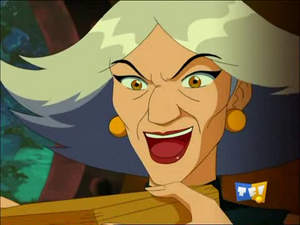 Helga laughing after she had demonstrate her evil plan 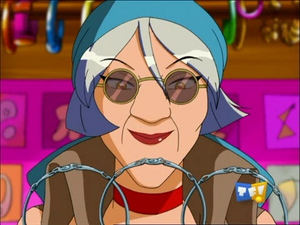 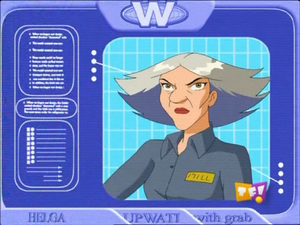