Absolute power and control over the Helghan Empire

After the Helghast Military was forced to retreat from Vekta, the senators were with Visari during the ISA Invasion of Helghan in hiding while the Helghast Military had defended the planet with all of their might against the invading ISA threat. During the invasion, Visari had made his final speech to the Helghast people moments before the Helghasts were ready to nuke their own capitol, Pyrrhus, where he vowed to defend Helghan from the ISA with the senators accompanying him. Afterwards, Visari stayed in his main office while the rest of the senators went into hiding until the ISA could be pushed off the planet.

Following the death of Scolar Visari, the Helghan Senate regrouped at the senate hall where they were overseeing the entire battle from afar as the only remaining leaders of the Helghast Forces. Admiral Orlock had took advantage of the ISA Forces' disarray and had sent in his forces with the intent of wipping them out only to face criticism from Jorhan Stahl, the Chairman/CEO of Stahl Arms and his political rival, who pointed out an ISA Tank column that was being ignored but Orlock vowed to destroy. After the remaining ISA Forces had retreated, Orlock took over the senate and the senate became the new rulers of the Helghan Empire.

Six months after the ISA retreat, division and internal conflict flooded the Helghan Senate as Orlock and Stahl fought for the title of autarch with the other senators taking sides and favorites as well. With Orlock unable to destroy the ISA, Stahl had threaten to leave the senate and the Helghast military but was given another chance and had decided to broadcast a live execution of captured ISA prisoners in order to get the title himself. Stahl had prepared to execute the ISA personal but the execution had failed with Rico and Sev breaking them out and Stahl was stripped of the title of Autarch and Orlock won the title.

After Orlock won the title of Autarch and becoming the leader of the Helghan Empire, Orlock had began to attempt to execute Stahl in secret during a meeting where Stahl was supposed to hand over his forces to Orlock but he betrayed him and had Orlock killed and ordered his fleet to launch for Earth to destroy it. After an intense battle in orbit between the ISA and Helghast Forces, the petrusite weapons onboard Stahl's cruiser were attacked and plummeted towards Helghan and had the entire planet irradiated and rendered unihabitable. The Helghan Empire had collapsed as a result and so did the senate. 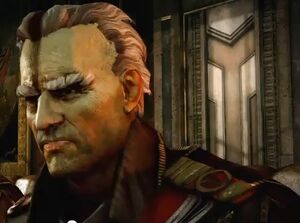 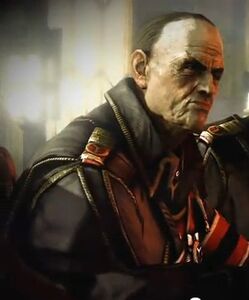 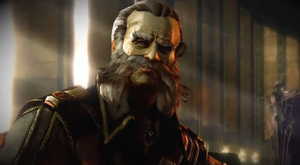 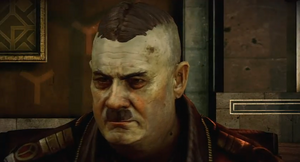 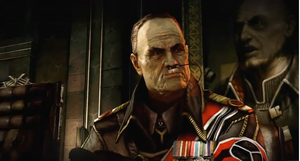 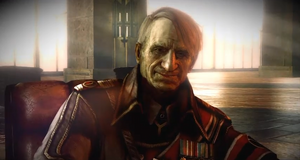 Senator Kuisma
Add a photo to this gallery

Retrieved from "https://villains.fandom.com/wiki/Helghan_Senate?oldid=4203117"
Community content is available under CC-BY-SA unless otherwise noted.