The Helghast Secuirty Forces or Helghast Security for short, is the main military/police force of the State of New Helghan and are an antagonist faction in Killzone: Shadow Fall. They are the sucessor to the Helghast Military and rely more on well trained, heavily equipped soldiers rather than endless waves after waves of constant troop movements and battallions overwhleming the enemy as a result of population depletion.

Following the end of the Second Extrasolar War and the collapse of the Helghan Empire in the year 2360, the surviving Helghasts had fled to Vekta and were given the eastern half of the planet as their new home in exchange for a settlement both sides can agree on. In 2367 New Helghan was established and the Helghast Military had went under new reforms completely replacing the old military system and strategies that were used in the past. During that time Anton Saric had been promoted to High Commander and quickly gained a reputation for brutal and inhumane interrogation techinques and mass surviellence on the Helghast people and forces segregation of Helghasts away from Half-Breeds (Human-Helghast hybrid). In 2381, a new threat had emerged when a Neo-Helghast militant organization known as Black Hand had began to emerge and began to wreck havoc all across New Helghan. Led by Vladko Tyran, had launched the insurrgency against the New Helghan government because of its lack of military aggression against the human colonists in West Vekta. Both sides had been targets by the Black Hand and resulted in diplomatic outreach by Chancellor Hera Visari much to the populations' dismay. Helghast Security Forces were then forced to deal with Black Hand militants and had lost control over containment city as a result. In 2390, VSA operative Lucas Kellen had been captured as a result of infiltration of Helghast territory while a Cold War had began to wage on as tensions ran high. The brutality of the Security Forces is a result of maintaining order in areas where riots between workers and police break out constantly as a result of economic sanctions from the Vektan Government and attempt to maintain as much order as possible.

The Helghast Secuirty is under the control of the High Commander and acts as a military police force in the country. They use surviellence and brutal interrogation methods to maintain order and have well trained and well equipped soldiers to deal with issues such as riots and terrorist attacks. They are heavily equipped with advanced technology and have different ways with dealing with variosu situations such as constant military checkpoints all across the country and constant surviellence everywhere. 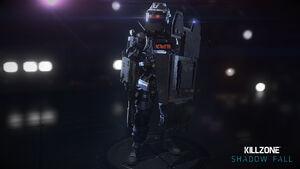 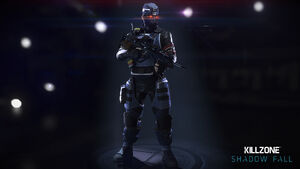 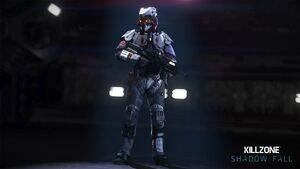