All the powers of Android 17

Hell Fighter 17 is a Machine Mutant created by the two evil scientists Dr. Gero and Dr. Myuu and a major antagonist in Dragon Ball GT. He appears as one of the main antagonists during the Super 17 Saga.

Hell Fighter 17 is an exact replica of Android 17, though his eyes have a much colder look to them. Therefore, he looks much more serious than his already stoic counterpart.

Hell Fighter 17 presumably possesses all of the powers of Android 17. He can fly, and also combine with Android 17 to form Super 17. However, because of the saga's short length, it's unknown how powerful he actually is. Due to how powerful Super 17 is though, one could assume that Hell Fighter 17 is far stronger than his good counterpart discounting the events of Super. 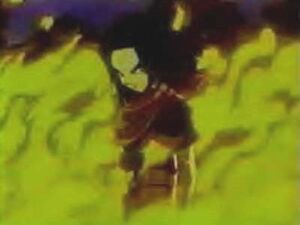 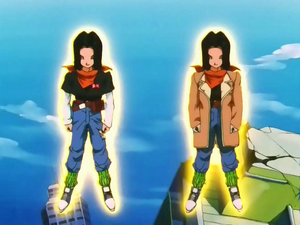 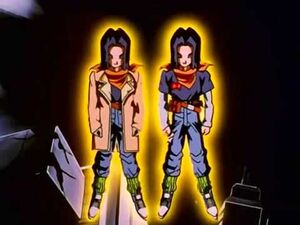