The Hell Vanguard is a minor villain, and debatably the first boss Dante encounters, and later appearing as a mini-boss in the videogame Devil May Cry 3: Dante's Awakening.

Bearing a resemblance towards the Grim Reaper from popular culture, this high level demon is feared even among others of the same kind for its viciousness and sadistic personality. Even though Dante first battles him as a boss and is then killed by Vergil, it is later hinted that the name "Hell Vanguard" does not refer to a particular demon, but to a type of demon (meaning that there are more than one Hell Vanguard).

The Hell Vanguard are powerful demons with various abilities. They show to be skilled with using the scythe. They also teleport by creating a ripple in time-space; they can teleport in two different ways: appearing from the ground (jumping and performing a swing movement with the scythe) or in the middle air (performing a devastating dash attack that deals a lot of damage). Vanguard also have more health than regular enemies (even when they appear in not-boss fights) and their agility allows them to survive or skip more of Dante's attacks. 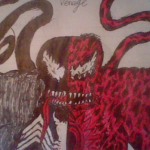 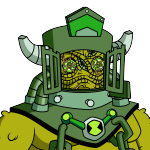