Supervillain
An unnamed Hellgrammite (originally known as Roderick Rose in the comics) is a villain in the DC comics and the first season of the TV show Supergirl. As every member of it's species, it has the ability to shapeshift.

He is portrayed by Justice Leak.

Roderick Rose was an entymologist who injected himself with several mutagens transforming himself into a grasshopper like monster. He gained super strength, leaping ability and could create cocoons. His initial scheme was to create an army of less powerful Hellgrammites to serve him, but he was stopped by Batman and Creeper. He was later hired to kill Lex Luthor, but was defeated again by Superman. After this he sold his soul to the demon Neron for enhanced powers. He has since joined Intergang as an assassin for hire, clashing repeatedly with Superman. He appeared in the animated series Justice League Unlimited as a fighter in Roulette's Metabrawl, and later a member of the Legion of Doom. He also appeared in the show Batman the Brave and the Bold where he was almost managed to defeat Batman but was ultimately foiled by The Creeper.

The Hellgrammite is described as an insect capable of taking any shape it wants. As it's body is not carbon based but depending on chlorine, it is forced to break into chemical facilities to find DDT, the material closest to its food source.

The Hellgrammite was arrested by Krypton's military guild, brought before Alura Zor-El, and sentenced to Fort Rozz. After Fort Rozz's crash to Earth, the Hellgrammite escaped along with the rest of its fellow convicts.

While Astra fought against Supergirl, the Hellgrammite tried to kill Alex with one of its stingers but Alex dodged the blow and stabbed the Hellgrammite into the heart with its own stinger, killing it. 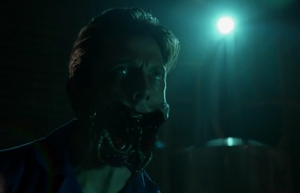 The Hellgrammite dislodges its jaw 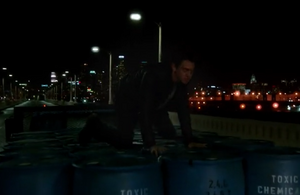 The Hellgrammite attacks the DDT truck 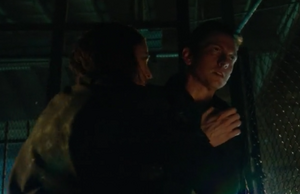 The Hellgrammite is killed by Alex