Kill anyone she encounters and swallow their souls.

Henrietta Knowby was the wife of Professor Raymond Knowby, who brought the Necronomicon Ex-Mortis into the cabin. She acts as the main antagonist for the second half of The Evil Dead II.

Henrietta was possessed shortly after Prof. Knowby read the pages of the Necronomicon, unleashing the evil. Knowby killed Henrietta or possibly just incapacitated her and, not being able to bring himself to dismember her corpse, buried her under the cellar.

After Ash mistakenly attacked Annie Knowby and her group who had arrived at the Cabin, he was knocked unconcious by Jake and thrown into the cellar. Shortly after, Henrietta's corpse awoke and attempted to kill Ash but was saved by the others as they pulled him out in the nick of time. Henrietta attempted to persuade the group to let her out of the cellar, seemingly returning to normal, only to turn back into a Deadite just as Ed was possessed.

Sometime later, Ash is possessed once again in the woods and turns on his remaining companions, incapacitating Jake. Annie retreats to the cabin and accidentally stabs Jake with the Kandarian dagger thinking he is Ash. After pulling the dagger out, she drags him to the cellar door, where he is killed by Henrietta in a bloodbath. After Ash is returned to normal, he ventures down into the cellar to get the pages of the Necronomicon that Jake threw away, and is incapacitated by Henrietta.

When Annie attempts to read the passages to make the evil a physical form, she is then attacked. Before Henrietta can kill her, Ash appears after regaining conciousness and fights Henrietta, killing her by impalling her with his chainsaw, sawing off both her arms, sawing off her head, and then finally blowing her severed head to bits with his shotgun. 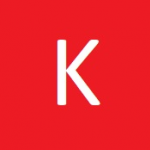