Henry Evans is the main antagonist of the 1993 psychological thriller drama film The Good Son. He is the cruel, wicked, heartless, monstrous, and arrogant cousin of Mark Evans, the film's main protagonist.

He was portrayed by Macaulay Culkin.

Henry tricks his mother into taking a walk in the woods with him, where she finally asks if he killed his brother since she earlier found one of his long lost toys in Henry's possession, to which he replies, "What if I did?", shocking his mother and making her see the monster Henry truly is. Refusing to be sent somewhere where he would be given special treatment for his behavior, he tricks her into following him to a cliff and pushes her off, but she hangs herself to a branch below. Henry tries to drop a rock on her to finish her off, but Mark immediately comes to her rescue and battles Henry. As the two wrestle, they almost fall down the cliff, but Susan (having just reached the top) hangs onto them both and must decide which one to save. She actually wanted to save them both, but knowing that each boy required both hands to save, that Henry tried to kill her (and would likely try again), that Mark was right all along and trying to save her, she, saying "Henry," ultimately rescues Mark and releases Henry, leaving him screaming and falling to his death onto the rocks below. As Mark and Susan look down at Henry's body, the ocean current washes it away.

Henry was an extremely ruthless, dishonest, callous, manipulative, sadistic, unsympathetic, and selfish child who was utterly incapable of appreciating the well being of others and found the idea of death to be rather enthralling, with the exception of his own. Henry was not only unable to understand why causing other people pain and suffering was something he should not have been doing, he enjoyed it immensely. 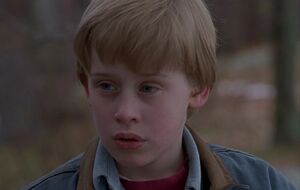 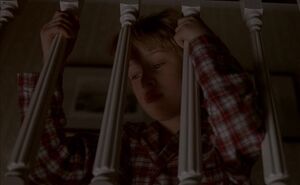 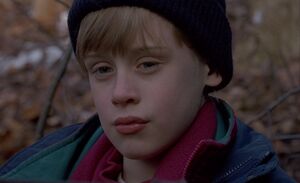 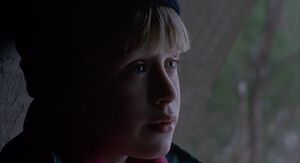 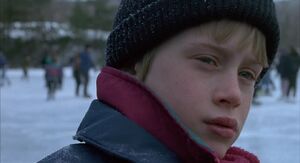 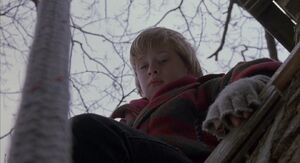 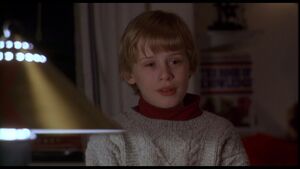 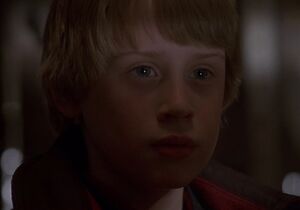 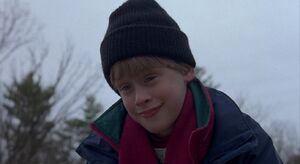 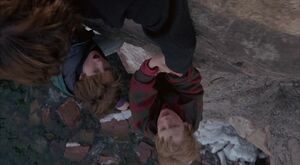 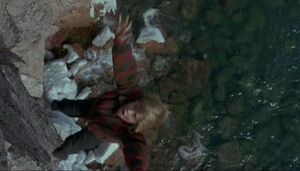 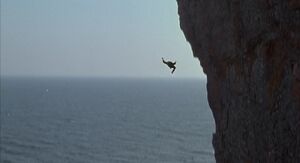 Henry's last moments.
Add a photo to this gallery

Retrieved from "https://villains.fandom.com/wiki/Henry_Evans?oldid=2706248"
Community content is available under CC-BY-SA unless otherwise noted.