Kill as many women as possible

Henry Grace is the main antagonist of the Criminal Minds episode "Masterpiece". He is a brilliant serial killer who is obsessed with getting revenge against Behavioral Analysis Unit Agent David Rossi, who sent his brother (and fellow serial killer) William to death row.

He was portrayed by Jason Alexander, who also portrayed Philip Stuckey in Pretty Woman, Catbert in Dilbert, Lil' Lightning in 101 Dalmatians: Patch's London Adventure, Eric Tiberius Duckman in Duckman, Zutho in The Legend of Tarzan, and Abis Mal in The Return of Jafar.

An intellectually gifted psychopath, Grace has spent years devising an elaborate plan for revenge against Rossi, who apprehended his brother William for several brutal murders, for which he was later executed. Grace's family was destroyed by William's crimes, and his fiancee left him because she feared (correctly) that he was just as evil as his brother. Shortly afterward, he began stalking, kidnapping, and murdering women. He built a vast underground chamber in his yard in Chester, Virginia, where he imprisons his victims and subjects them to elaborate tortures before finally killing them.

Both Henry and William were born with an extra Y chromosome. Henry believes the debunked theory that an extra Y chromosome is a predictor of psychopathy; he says that he and his brother were born to be killers. A mathematical prodigy, Grace is obsessed with the Fibonacci Sequence, and murders women whom he believes fit the Golden Ratio.

Grace meets with the BAU team at Stayer University in Fredericksburg, Virginia, posing as a college professor named Paul Rothschild. Outside the campus, Grace shows Rossi photographs of seven missing women he claimed to have murdered. He explains he has kidnapped five others: Kaylee Robinson and her children Chelsea, Jessica, Samantha, and Ricky. He says that the BAU has only a few hours to find them before they, too, die.

While in custody, he is undaunted by BAU Agent Derek Morgan's intimidation tactics, but appears nervous around Agent Emily Prentiss. The team theorizes that they can break him by finding out the names of his original seven victims, but Grace is unmoved until Rossi interviews him. Grace explains "the rules" to him, stating that one of the captives will die every two hours. Each time, a life-saving apparatus would be denied to one person (for example, every captive but one would receive an oxygen mask as poison gas is pumped into their prison).

In the meeting room, the team analyzes the locations of the previous victims, and Agent Spencer Reid discovers a pattern that can lead the team to the five captives. The pattern 11235 (the first five numerals in the Fibonacci sequence) and The Golden Ratio (both considered examples of perfect beauty) is repeated throughout the scenes of the murders. By figuring out the pattern, the team can find the five missing people. As the team closes in, Grace states that they will not make it out of the house alive and his knowledge that Rossi will send the team over to find the missing people and will himself stay behind.

His plan is foiled, however, as Reid finds and disables the trap before it can harm anyone, and the team rescues the missing victims. Rossi manipulates Grace by feigning despair during the interview, leading Grace to believe that his plan was successful. Triumphant, Grace gloats about the original murders. Unbeknownst to him, however, technical analyst Penelope Garcia is on the other side of the one-way glass, recording the entire conversation and Grace's confession.

Enraged at being outsmarted, Grace attempts to attack Rossi as he turns to leave the interview room. Rossi overpowers him and asks, "Is that how you do it? You wait till they turn their back?" He goes on to state that at Grace's execution, "just before they hit the plunger, I'm going to lean in real close and tell you to say hello to your scumbag brother." Grace is presumably later convicted of multiple murders and executed. 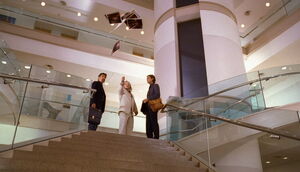 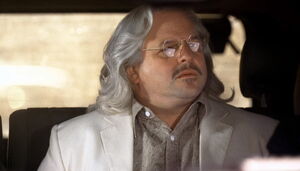 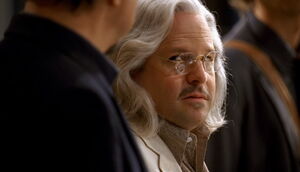 "Are you pissed off yet, David?" 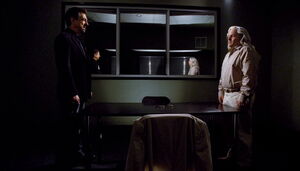 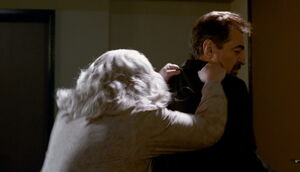 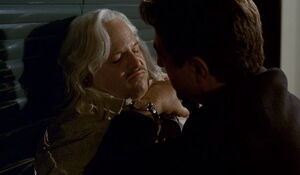 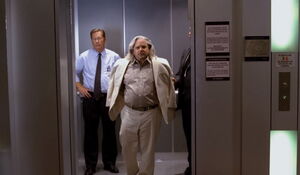 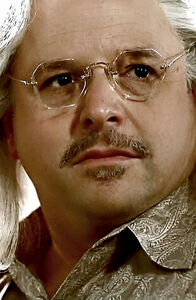