Henry and Orville, also known as The Twin Brothers, are two Portrait Ghosts that appeared in Luigi's Mansion and its 3DS remake. Henry and Orville are the children of Neville and Lydia and the older brothers of Chauncey.

Henry and Orville are found in the Twins' Room. When Luigi uses the Poltergust to spin the helicopter mobile hanging from the ceiling, the twins materialize in the room. They ask Luigi to play a game of "Hide and Seek" with them and Luigi has to leave the room to start the game. When he returns in, he founds several boxes in the floor in which two of them are hidden each twin inside. If Luigi fails even after finding one of the twins, the game will restart. Luigi can use the Poltergust to vacuum the box or use an element which causes the twins to shiver.

After finding the two twins, they accuse Luigi of cheating even if Luigi wins the game without the Poltergust. Henry gets in a toy car and Orville in a toy plane and try to attack Luigi. In order to defeat the twins, Luigi must vacuum their toys which makes them vulnerable to be trapped. After defeating the twins, Luigi gets Mario's Shoe and gives it to Madame Clairvoya. 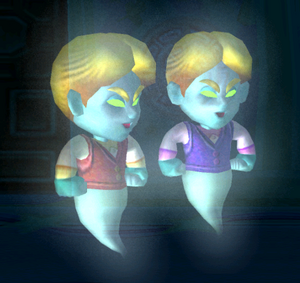 Henry and Orvile appearing to Luigi. 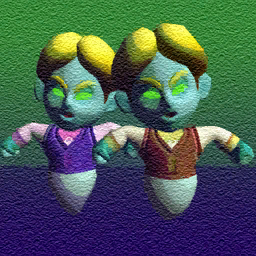 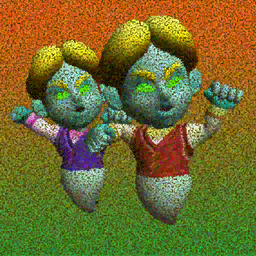 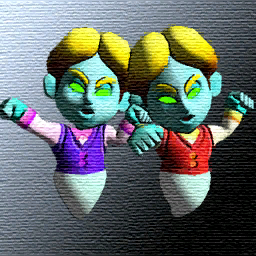 Retrieved from "https://villains.fandom.com/wiki/Henry_and_Orville?oldid=3569588"
Community content is available under CC-BY-SA unless otherwise noted.