King Henselt of Ard Carraigh is the king of Kaedwen and a major antagonist in game Witcher 2: Assassins of Kings. He is the last of House Unicorn after accidental death of his last son. He is known for his strong hatred of non-humans, warmongering and short temper. For years he fought with King Demavend for Pontar Valley.

He was voiced by Peter Egan.

Henselt used one of his agents to bribe Bernard Loredo, so he could assist Kaedwen during invasion on Temeria.

At the beginning of act 2 of the game he meets with Prince Stennis to negotiate conditions of the end of their war. However the negotiations fail due to a curse that unleashed a demonic fog. It also postponded his invasion. Geralt of Rivia helps to break the curse him or his opponents by killing Draug. Depending on player's choice King Henselt can conquer Pontar Valley or lose the war. In the former scenario player can also allow Vernon Roche to kill him, in revenge for the massacre of the Blue Stripes.

In Witcher 3: Wild Hunt, if Henselt survives the previous game, then is killed by King Radovid during conquer of Kaedwen. 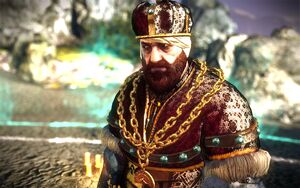 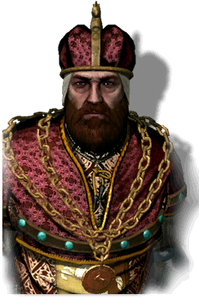 Retrieved from "https://villains.fandom.com/wiki/Henselt?oldid=3548829"
Community content is available under CC-BY-SA unless otherwise noted.