The Road to El Dorado

Don Hernando "Hernán" Cortés de Monroy y Pizarro Altamirano, Marquis of the Valley of Oaxaca, mainly known as Hernán Cortés (sometimes spelled Hernan Cortes), is the central antagonist of the DreamWorks' 3rd full-length animated feature film The Road to El Dorado. He is based off of the real life individual of the same name.

He was voiced by Jim Cummings, who also played Steele in Balto, Fuzzy Lumpkins in The PowerPuff Girls, Long John Silver in The Pagemaster, Jacques in Scooby-Doo On Zombie Island, Ed in The Lion King, Nessus in Hercules, Dennis in Tarzan, the Medicine Man in Young Pocahontas, Razoul in Aladdin, Doctor Robotnik in Sonic SatAM, Lord Boxman in OK K.O.! Let's Be Heroes, and Hadrian in Minecraft: Story Mode.

Hernán Cortés is a cruel, greedy mercenary, wanting to slaughter the natives in order to get the gold that he believes them to possess. He also does not tolerate stowaways and after catching Miguel and Tulio, plans to flog them and then sell them into slavery.

In Spain in 1519, Cortés announces that he and his men will sail to the New World of El Dorado and conquer it for Spain, glory, and gold. When the ships sail later that day, Tulio and Miguel are found by the sailors and are considered stowaways to which they are brought to Cortés who orders that Miguel and Tulio be used as slaves on the ship and orders them to be taken to the brig, to which they make their escape in a rowboat, along with Cortes' horse Altivo. A few days later, Cortés and his men arrive on the island where Miguel and Tulio escaped to, as they find the rowboat abandoned on shore and find Miguel and Tulio's footprints in the sand to which they follow the footprints.

Later that night, Cortés finds one of the Indians from El Dorado named Tzekel-Kan washed up in the water and Cortés points his musket at the gold earring on Tzekel-Kan's right ear and asks him where he got it from. Tzekel-Kan replies that he got it from El Dorado and offers to take him and his men there. Unknown to Cortés and Tzekel-Kan, Miguel and Tulio have spotted them from El Dorado by seeing smoke in the far distance and have crashed their boat in the entrance of the city, causing rocks to block it from the Spanish Soldiers. Before they reach the entrance, Cortés tells Tzekel-Kan that it had better be there for his sake, but when they arrive they find nothing but the rocks to which Cortés calls Tzekel-Kan a lying heathen. He kicks him into the water and orders his men to seize Tzekel-Kan, so they can take him with them and make him their slave. Cortés and his men then leave the area, not knowing what they have left behind. 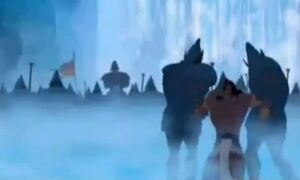 Cortés having Tzekel-Kan dragged away. 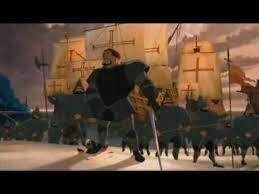 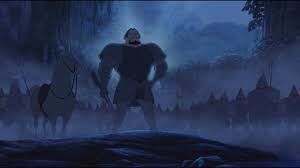 Cortés searchs for the city of El Dorado with his army. 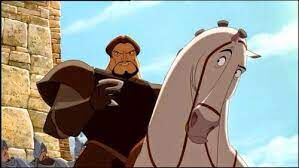 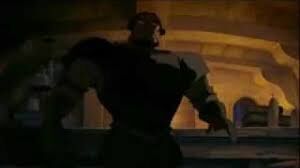 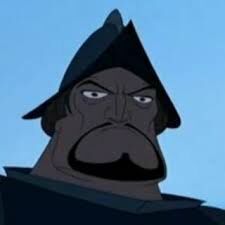