Herrscher of the Ocean

Herrscher of the Ocean

Herrscher of the Sea
God Herrscher

Turn all living beings in the universe into insane organisms. (stopped)

Expand her image to the entire Earth to crush the concept of sanity. (successful)
Rewrite Earth to make it in her own image. (successful, continuing)
Have Kiana Kaslana for herself or kill her. (ongoing)

The Herrscher of the Ocean was a young deity born as one of the Great Old Ones, a fictional race written by another author's works, the Cthulhu Mythos created by the author H. P. Lovecraft. After becoming the first Herrscher of her homeworld, she wiped out her race, becoming the Supreme Deity of her kind and traveled across the universe, destroying worlds, turning civilizations into insane beasts, and committing genocides in large scale. After arriving on Earth, she wiped out mankind and ruled the planet for a thousand years before her long slumber. When she woke up, she faced the resistance of more advanced humanity and once again tried to spread madness to all world to rewrite Earth to make it in her image.

An ancient entity said to be older than mankind itself who was born in a distant galaxy in an unknown planet of Lovecraftian deities called the Great Old Ones and came to Earth when she became a Herrscher after destroying her homeworld. When Kiana and the Shicksal found her, it was revealed Cana was actually a Herrscher from another planet and destroyed mankind a thousand years ago.

Cana was born in a distant planet of the Centaur galaxy, a world built by the Great Old Ones. As one of the youngest deities of her homeworld, Cana was a genderless, weak, and fragile deity and felt miserable among the kind that looked down on her for being one of the most useless and less powerful deities of their kind. The humiliation she had to endure for thousand years caused her to feel hatred for her kind and eventually became a Herrscher when she merged herself with the Houkai energy, the same living disaster that exists on Earth.

Now as a deity Herrscher, Cana went on a rampage and destroyed multiple planets with life after exposing all living beings to insanity so she sadistically watches all life forms of the said worlds destroy themselves and then kill the last life forms by making them kill themselves in the most brutal ways. After a thousand years, the Herrscher became tired due to overusing her power and feel asleep in space. While she was asleep, at some point she landed on the bottom of the ocean where she slept for centuries.

When humankind was in its primordial stages, Cana woke up and considered the planet to be a fit world for her to rule, especially the vast blue ocean of the world. Overseeing humans, Cana concluded they are not worthy of being her slaves and used her Houkai energy to destroy the sanity of all humans alive at the time and especially whole empires (including making pregnant women stab themselves to kill the fetus) to destroy themselves, ending the culture of mankind and destroying every creation made by man. After 5,000 years making the world in her image, she fell asleep in the pacific ocean (while in her true form), creating the Jianuo island.

Thousand years later, she woke up and tried to destroy mankind once again when she discovered her world (the Old World) was "infected" by humans again. But now, humans had technologies and weapons powerful enough to face the Herrscher, one of them being the God of War built by Dr. Mei. During the process of genocide, the Herrscher fell asleep once again and woke up only 40,000 years later when the world was already reset by God Kiana. She was awakened by Kiana Kaslana, a young Valkyrie from Shicksal who was investigating the island she was sleeping when her organization detected HW. When the Herrscher said she was a Great One who destroyed mankind once, Kiana laughed (remembering the works of H. P. Lovecraft) and gave her the name of Cana after considering her a girl who lost her memories. When she was brought to Theresa Apocalypse in their ship, Theresa immediately attacked Cana after sensing powerful HW coming from her. In the return, Cana revealed her true identity as a Herrcher and fought the Valkyries. However, due to her long slumber, she lost her powers and retreated before starting another genocidal quest to lead all mankind to insanity.

Cana returned to her temple inside of Jianou island but was followed by Valkyries who saw a good opportunity to strike the Herrscher while she was weak. When discovered by Cana, she strokes the squad but had her body sealed inside of the temple when Dr. Dian came to the conclusion it was impossible to kill the Herrscher. Another 40,000 years later, when the seal was weakened, Cana escaped from the temple and searched for Kiana's reincarnation, claiming she loved her and desired to make her her "lover" but had no limits and threatened to kill everyone she loved to have her for herself.

It's unknown what happened to the Herrscher of the Ocean after thousand years later but it's stated she still waiting for Kiana to reincarnate in some timeline so she can satisfy her lust.

The Herrscher of the Ocean had a very peculiar power that made her different from all Herrschers. She was said to be omnipotent and the embodiment of spite and madness itself, capable of turning living organisms in Houkai beasts just by her mere presence. Her powers were so great that she could easily turn people into mindless beasts or insane psychopaths capable of committing the worst kind of atrocities, using this she destroyed countless planets. The Herrscher of the Ocean was an immortal being who could live for all eternity like most Herrscher and couldn't be damaged by human weaponry and had a vast arsenal of abilities, such as telepathy, flight, shapeshifting, brainwash, reality-warping, teleportation, possession, telekinesis and capable of controlling multiples natural elements like air, water, and earth. 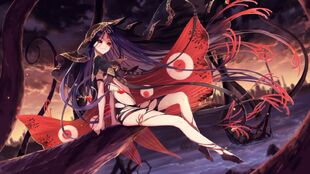 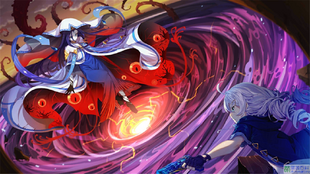 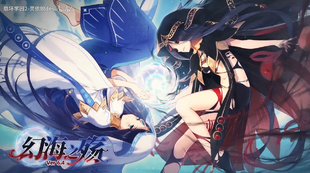