Help Moloch bring down the apocalypse

Fanatics, Cults, Chaotic Evil
Hessians, or the Shadow Warriors, is an evil organization that serve Moloch in Sleepy Hollow. They were a unit of Hessian mercenaries (The 5th Battalion) who fought for the British against George Washington and the Colonials. Abraham van Brunt was murdered by one of their own in life but was made into the Hessian Horseman after he sold his soul to Moloch. On their bodies they bore a symbol tattooed into their skin, the mark of Rheinhessen, which looked like a eight spoke wheel with spearheads at the end of each spoke.

The 5th Battalion were employed by the British to help suppress the rebellion by Washington and the Patriots. During a battle in 1781, they were engaged in combat against Ichabod Crane's regiment.

One of their soldiers, the Horseman, fought against a Patriot soldier, Crane. The Horseman mortally wounded Crane with his broad axe, but was beheaded by Ichabod with a saber.

It was presumed that the unit was long disbanded; however, as it turned out, there were still people dedicated to their cause.

Three modern Hessians serving Moloch - Gunther, Armin and Hagen - turned their attention to Jenny Mills and The Lesser Key of Solomon. They intended to use the Key - which was a spell book written by King Solomon - to summon a group of 72 demons from Hell whom Solomon had imprisoned in the Seventh Circle of Hell. However, they were defeated by Crane and the Mills sisters. Before he died however, Gunther admitted that there were many more Hessians, in fact even he didn't know how many.

More Hessians were seen later as one of their own found Death's horse without its rider and killing his fellow hunter. They then planned an assault to shut down the power grid which was powering the ultraviolet lights being used to weaken the Horseman.

Though it seemed they lost, the power plant blew up with hidden bombs. The remaining six Hessians (Irving broke one of the Hessian's neck) were arrested.

After the Headless Horseman attacked Jenny, Henry Parrish ordered some Hessians to capture her and search for the Ghenna Key, but they failed.

Later, after Moloch possesses Katrina Crane, some Hessians and Hellfire doctors, lead by Henry, went to Abraham's house and tried to take Katrina away. However, Abraham rebelled against their plan and killed one of the intruders, not before he was stopped by Henry.

Then, Henry's minions went everywhere in the town, like the hospital and even Corbin's police archives, to find Katrina. After the two Witnesses told Sheriff Leena Reyes about every informations of the Hellfire lab, these people were ended up shot down by police officers.

The Shadow Warriors were most likely fall to ruin forever after Moloch's death, the members were most likely arrested by Team Witness alongside Westchester County Police Department, and this doomsday cult was never appear again in the present day.

Zombie Redcoats (also known as Undead Redcoats) are the damned souls of deceased British soldiers (mostly Hessian soldiers) during revolutionary war. They resided in the Purgatory and was waiting to be summoned by their powerful master, Moloch.

The Zombie Redcoats were first seen in "This Is War" and was waken by Moloch. However, they failed to enter the human world once Ichabod closed the doorway to the Purgatory after he saved Abbie.

In "The Akeda", while bringing the End of Days, Moloch successfully summoned the undead redcoat soldiers once he burned down the third White Tree. The zombies rose from their graves from Purgatory. However, the first wave of zombie soldiers were all slain by Team Witness using Hawley's antient weaponry collections and the Sword of Methuselah.

In Season 3, a group of undead British army, led by a resurrected Gen. William Howe, appeared in its fifth episode, "Dead Man Tells No Tales", a crossover episode with Bones.

In this episode, Pandora reanimates William Howe as an undead being as his remains are being sent to Sleepy Hollow from Washington, followed by Howe reanimating his old soldiers as an undead army. Crane and Abbie learn that Howe can only be defeated with a secret hidden in his original tomb.

Using fragments of Howe's skeleton, they call in a favor from Special Agent Seeley Booth and Doctor Temperance "Bones" Brennan to analyze the fragments, discovering the tomb underneath the White House, below the area originally designed for George Washington.

Learning that the creatures are vulnerable to Greek fire- although Brennan dismisses it as an early form of napalm- they are about to lure Howe's army underneath Sleepy Hollow and destroy them in the sewers with minimal collateral damage. 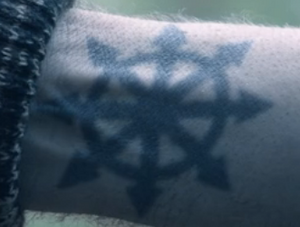 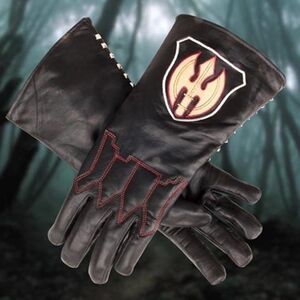 Retrieved from "https://villains.fandom.com/wiki/Hessians_(Sleepy_Hollow)?oldid=3526770"
Community content is available under CC-BY-SA unless otherwise noted.