Heston is Sir Edgar's talking pet snake and the secondary antagonist of the 2004 film Ella Enchanted.

He was voiced by Steve Coogan, who also played Blitzen in the original British versions of the first two Robbie the Reindeer specials.

As Sir Edgar's pet, Heston is shown to be very intelligent for a talking snake and possibly a bit smarter than his master. He also follows his master's orders without question, and is shown to have great stealth to get near other people. He nearly even went so far as to using his own venom to kill Prince Charmont.

In the movie, Heston tell his master about Ella and her obedience toward her father, who was Sir Edgar's brother of whom he killed. He also mentions that Ella intends to marry Char, but Edgar, refusing to have such a proposal happen, plots to kill Char and orders Heston to assist him, which he does. At one point, Heston attempted to use his own poison to kill Char, but this failed. He is last seen being attacked by other women after he is unexpectedly spotted by them. 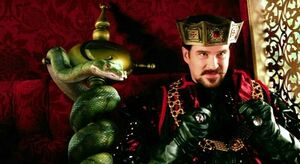 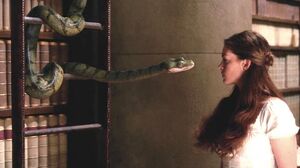 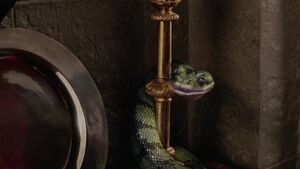