Playing "Games of wit and words".

Cater to Lekain's every whim, follow the Goddess Ashera.

Hetzel is seemingly the oldest member of the Senate, but also the least willful, and is easily controlled and bullied by Vice-Minister Lekain, whom he is often seen with and never disagrees with. His lands are the Duchy of Asmin. Despite being the most remorseful Senator, Hetzel is far from an innocent and profited from many of the Senate's evil deeds such as the murder of Empress Misaha and the framing and massacre of the Serenes Herons for that crime. Hetzel bought the wounded Crown Prince of Serenes, Rafiel, as a slave, and though he was a kind master and Rafiel was grateful to him, he eventually escaped to the hidden Kingdom of Hatary. Hetzel has a tendency to blame the influence of Lekain and the other Senators for his own misdeeds, something other characters generally do not believe.

It is also retroactively revealed that Hetzel saved the life of Oliver, Duke of Tanas, a boss character from Path of Radiance, as he was deemed necessary for Lekain's plan in Radiant Dawn.

Hetzel is first seen in Radiant Dawn in the Prologue of Part 4, where it is revealed that he, the other Senators, and an army of devotees had been spared from Ashera's Judgment of the condition that they fight for her. Unlike the other Senators, who use their religion as a political tool, Hetzel appears to be a sincere believer in the Goddess, and questions why she would choose war criminals such as himself as her champions.

Hetzel next appears in Duke Tanas's mason, where he reminds Oliver of his debt to him and orders his army to attack the heroes'; this encounter would prove disastrous for the Goddess's warriors, with Oliver's army being killed to the man and Oliver himself actually defecting upon noticing his men attacking Rafiel, Oliver having a disturbing, but genuine, love for the Herons.

Hetzel's last appearance is at the Tower of Guidance, the Goddess's base, where he appears alongside Lekain as the latter reveals his master plan to the heroes, then attacks them. Hetzel assists Lekain in this battle by using his masterful staff magic to sow sleep and silence (inability to use magic) amongst the heroes. Refusing redemption numerous times, Hetzel ultimately falls in the battle, alongside Lekain. 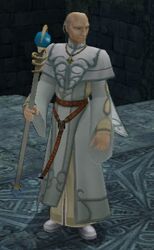 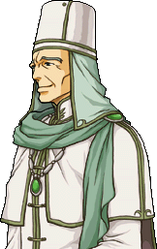 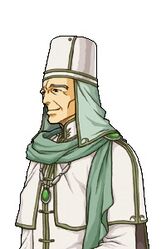 Retrieved from "https://villains.fandom.com/wiki/Hetzel?oldid=3967448"
Community content is available under CC-BY-SA unless otherwise noted.