Fusion of Teen Titans Go!'s Trigon and the original Trigon

Fusion Supervillain
Hexagon is a major antagonist of the 2019 crossover film Teen Titans Go! vs Teen Titans. He is a combination of Teen Titans Go!'s Trigon and the original Trigon.

After Trigon is humiliated by his original counterpart, he eats him. Thanks to that, they are able to transform into one giant demon monster, known as Hexagon. The Titans get some help from other multi-verse Titans to fight him. Hexagon has a hard time trying to beat of all them, but decides to unleash his power, hurting all of them at the same time. He uses his fire breath attack to destroy the Ravens, but fails as the Ravens use their powers to protect themselves with some city buildings. He then decides to go after the two Robins. He almost got them, but his daughter returns to the fight, ready to defeat him as she transforms into "The Unkindness". They have an epic fight, and Hexagon is about to defeat her. But due to the Titans fast thinking, the Worlogog is destroyed, and Raven can finally defeat her father. Hexagon disappears as both Trigons are separated.

Being a combination of both Trigons, Hexagon is arguably one of the most, if not the most, powerful beings in the universe, possessing double the power of Trigon. 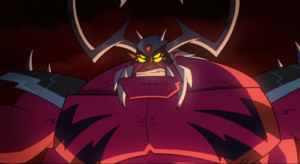 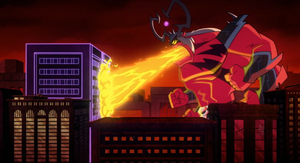 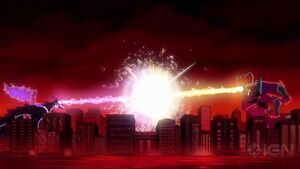 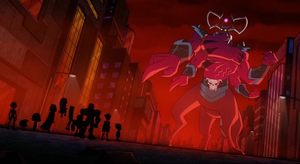 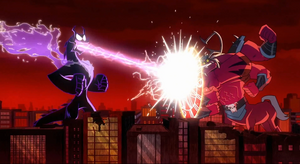 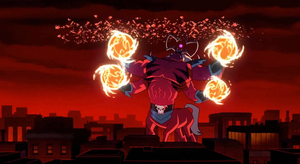 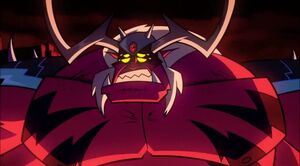 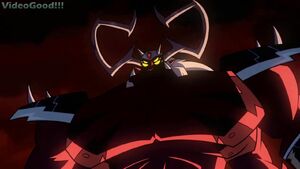 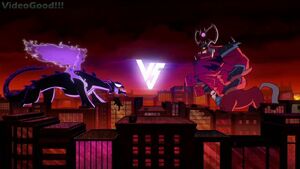 Retrieved from "https://villains.fandom.com/wiki/Hexagon?oldid=3889759"
Community content is available under CC-BY-SA unless otherwise noted.