High Priest Baraom is one of the three Gorgom High Priests and a major antagonist in Kamen Rider Black.

He was portrayed by Toshimichi Takahashi.

Upon losing his powers from the "Stone of Ocean" within him, Baraom became the Grand Mutant Baraom.

Baraom was later revived as part of the Badan Empire.

Baraom can discharge deadly laser beams from his robotic hands. He is usually in charge of the deployment of Gorgom's Mutants. In his Grand Mutant form, Baraom still has his laser beam powers. He also can wield tusk-shaped weapons. 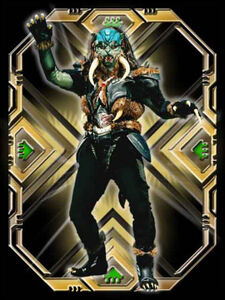