High Septon of the Seven Kingdoms

Commander of the Faith Militant
Leader of the Sparrows

Feeding the poor and needy

Forbid the faith of R'hllor.
Turn the realm into a theocracy (perhaps except the North).
Protect the Smallfolk.

The High Sparrow (whose real name is unknown as High Septons abandon their names) is one of the main antagonists in A Song of Ice and Fire. In the TV show, he is introduced in Season 5 of Game of Thrones. He is the current High Septon of the Seven Kingdoms as well as the leader of the Sparrows. He also commands the Faith Militant, the military arm of the Faith.

Despite coming off as harmless and compassionate at first, he reveals his true colors as a fanatical zealot as the season progresses, usurping Cersei Lannister as the main antagonist of the King's Landing storyline in Seasons 5 and 6.

This man is described to be truly devote to the Faith of the Seven and has an iron will, being immune to every temptation or weakness. Before the death of Lord Tywin Lannister, he lived all over the realm and walked upon villages that were too small to have their own septs and performed the traditional duties of a septon, such as naming newborn children, absolving sins and performing marriages. He starts behaving in a more fanatical way after he becomes the new High Septon and takes control of the capital (with also the unintentional help of Queen Cersei).

The High Sparrow's plans however don't stop in King's Landing. He wants to deal with the foreign faith of R'hllor the Lord of Light, and eradicate it from the realm. He claims that Stannis Baratheon has turned from the truth of the Faith of the Seven to worship a red demon, and his false faith has no place in the Seven Kingdoms.

He was portrayed by Jonathan Pryce, who also portrayed General Vavarin Delatombe in The Brothers Grimm, Elliot Carver in Tomorrow Never Dies, Mr. Dark in Something Wicked This Way Comes, and Paul Dellenbach in Renaissance.

After talking with her cousin Lancel and hearing about the Faith Militant and High Sparrow, Cersei pays him a visit. His church had already raided and destroyed the former brothel of Petyr Baelish, showing the power they had amassed in the area. She sees the kind old man feeding the poor, and notices the influence he has on the community. Instead of jailing him for what he did, she makes his group the religious authority of King's Landing. Seeking vengeance against house Tyrell, Cersei reveals that Loras is a homosexual and the Faith Militant arrests him. At his inquest, he denies being gay, and his sister Margaery claims this as well. The Faith bring in one of Loras' lovers, who says that he is indeed gay and that his sister walked in on them once. Because of this, the faith has both of them locked up (Margaery for lying under oath). Their grandmother Olenna confronts High Sparrow, and offers him various things in exchange for their freedom. High Sparrow Refuses, only caring about delivering what he views as justice. Olenna threatens that she will cease giving the capitol crops, and High Sparrow warns her that she is one of the few and not the many. Later, Cersei runs into him and the two discuss the upcoming trial for the Tyrell siblings. High Sparrow begins dropping hints that Cersei herself isn't innocent at all, and after Lancel appears (who Cersei had an incestuous affair with in season 1) she knows she is in trouble. The former queen cannot escape though, and is thrown into a cell by one of the faith militant. The High Sparrow having imprisoned both the queen and the king's mother, now had power over even the royal family. No one in King's Landing was safe any more from his crusade. In the end, the High Sparrow and his followers die when Cersei destroyed the Sept of Baelor by igniting a cache of wildfire, killing everyone inside and anyone else within a three block radius. 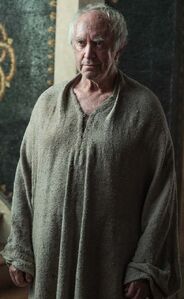 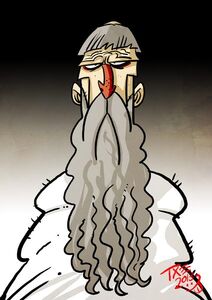 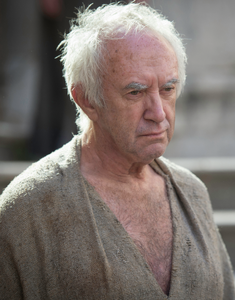 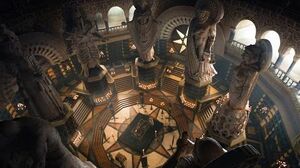 Cersei Lannister blows up the Sept of Baelor