Twin/Clone
Another Hiiro Kagami is the Game World counterpart of Hiiro Kagami and the secondary antagonist of Kamen Rider x Super Sentai: Chou Super Hero Taisen. He has the power to transform into Kamen Rider True Brave.

Another Hiiro first appears when he manifests from a Genm portable console along with several other Game World counterparts of Riders to repel an attack by enemies from the game Xevious.

Later, when Poppy and Amu go to ask him how to save the real world, Another Hiiro tells them about the Chou Super Hero Taisen tournament and that they must win it to obtain the powers of the Goriders, which would allow them to defeat the Game World enemies. Another Hiiro then pulls Emu into the Game World so he can compete in the tournament.

After Emu and Team Ex-Aid win the tournament, defeating Kamen Rider Genm's Team Genm, they trigger the "Chou Shocker Taisen" bonus stage, unleashing a Shocker army of past foes of the Kamen Riders and Super Sentai upon the real world. Another Hiiro then appears with Eight and reveals this was all part of their plan, to use Shocker to destroy the real world so the Game World would be all that's left for Eight. Emu attempts to confront them, but the two teleport away.

Another Hiiro was later confronted by the real Hiiro Kagami after he entered the Game World to stop the destruction of the real world. Another Hiiro transformed into Kamen Rider True Brave to hold off Hiiro, but Kamen Rider Brave managed to strike down his game world counterpart. Defeated, Another Hiiro hands Hiiro some items from the game and asks him to watch over Eight before disappearing.

However, after the Shocker forces were defeated and Eight was rescued from the Game World, Another Hiiro returned as well. He was seen waving to Eight through his Genm portable console. 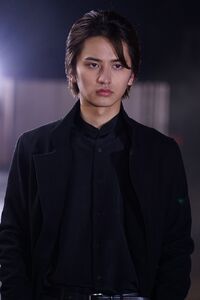 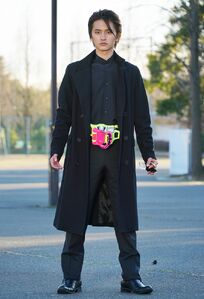 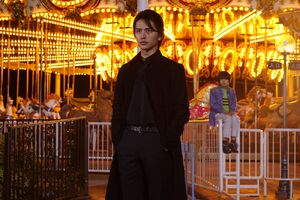 Eight and Game World Hiiro reveal themselves as the masterminds. 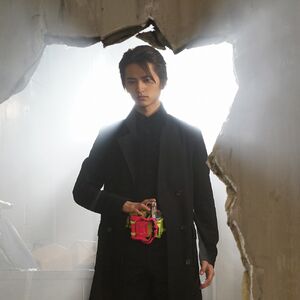 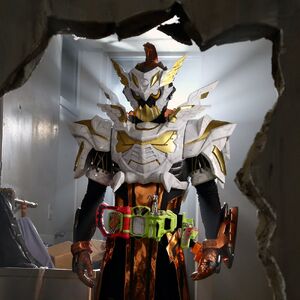 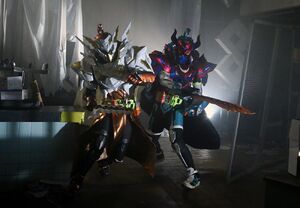 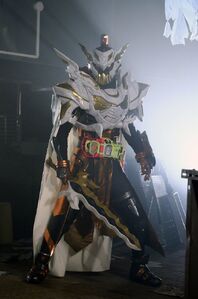 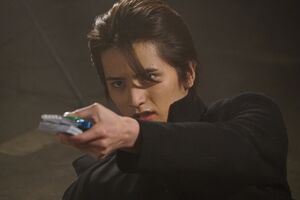 Game World Hiiro giving his real world self the Galaxian Gashat after being defeated.