Enforcing the will of the Stone of Sealing.

Enforcer
The Tiger Undead, also known in her human form as Hikaru Jo, is the Category Queen of Clovers Undead and a major antagonist in Kamen Rider Blade.

She was played by Akane Hamasaki.

Her purpose is straightforward, only to win the battle fight. The Kamen Riders thought that they were a hindrance to the battle fight, which is a holy war, but as they interacted with Mutsuki Kamijo and Nozomi Yamanaka, who was worried about him , that change was born.

Hikaru Jo later met Mutsuki, who was possessed by the Spider Undead, and criticized the way he fought. Upon realizing that she was an Undead, Mutsuki challenged her to a fight. Hikaru struck Mutsuki with a series of sharp kicks without giving him any time to transform. After stomping on Mutsuki she asked he what he was fighting for and left.

Hikari later encountered Mutsuki again, who attempted to fight her once more. During the fight, Mutsuki unsealed several Undeads to attack her. After backing away from the fight, Hikaru observed as the summoned Undead fought the Joker Undead before leaving as they were all defeated and resealed.

As the battle fight progressed, Hikaru grew more suspicious and investigated what was going on independently, leading her to learn of the evil ambitions of Hiroshi Tennoji, who was behind the Battle Fight and had set it up to be rigged.

Hikaru later allowed herself to be sealed by Leangle in order to save Mutsuki's heart. From the Spirit World, Hikaru encouraged Mutsuki to fight on.

In the alternate timeline where Shocker conquered the world, assimilating all future villainous groups into them, the Tiger Undead was one of many monsters who served the evil organization in 2011. 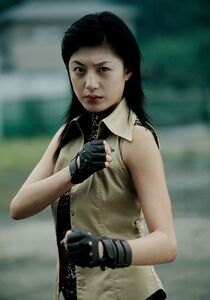 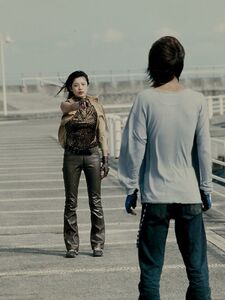 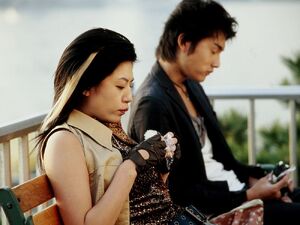 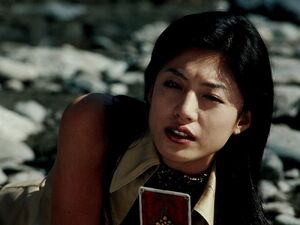 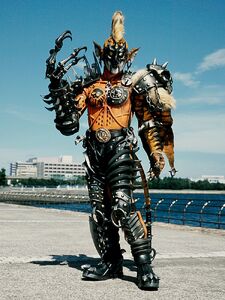 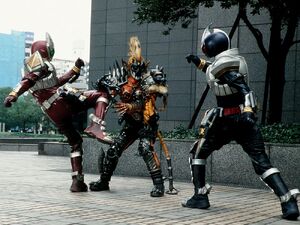 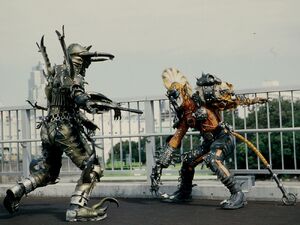 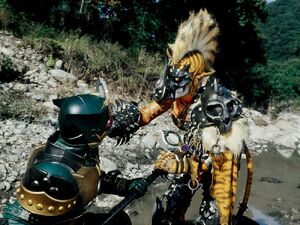