Destroy anything from their path.

Remove the curse to end their suffering.

Hilichurls (in Chinese: 丘丘人 Qiūqiūrén, "Hill People") are goblin-like monsters and an antagonistic force in the video game Genshin Impact. They are a race of tribal creatures found across the nations of Teyvet. Many, if not all, Hilichurls are associated with the Abyss Order as Abyss Mages are able to speak the Hilichurian language and are used as their pawns due to the Abyss Order's ability to manipulate them. However, they were revealed to be the citizens of Khaenri'ah but turned into monsters due to the curse of immortality.

The Hilichurls are goblin-like creatures wandering around numerous locations in Teyvat. They are noted for their mask and the ability to speak Hilichurlian language. Hilichurls don't worship gods or follow any rules, instead they revere and follow the strongest and ferocious among them, although the Samachurls serve as a spiritual leader for the tribe. Their unofficial leaders are known as "Lawachurls", which means "king" to the Hilichurlian language. Despite this, Lawachurls do not really lead the tribes at all, but rather they prefer solitude.

Despite their aggression towards non-Hilichurlian humans, Hilichurls have a degree of limited intelligence. Most Hilichurls are seen being skilled in combat such as Shooters being capable of wielding a crossbow or Hilichurl Guards knowing how to utilize shields. Outside of combat, Hilichurls are said to be capable of using Slimes for their own use such as manufacturing explosive barrels made with Pyro Slimes, preserve food with Cryo Slimes, carrying dangerous cargo with Anemo Slime balloons, and even use Slimes as weapons. Hilichurls are quite social for a non-human, some members may dance for a ritual, while some can contain livestocks such as boars, or build camps.

Hilichurls have existed for thousands of years, but have seen a sudden increase in numbers following the Cataclysm five hundred years ago. These Hilichurls in particular are originally the former people of Khaenri'ah who were cursed with immortality, also transforming them into monsters. The reason why they're wearing a mask is in order to conceal their faces, gazing upon the fear of seeing their true identity on a reflective surface such as a water. The curse also makes them unable to remember about their former past, thus any traces of humanity within them are long lost. Even Dainsleif (former captain of the Royal Guards of Khaenri'ah) take them as enemies when they are no longer humans anymore. The Hilichurls were guarded by Black Serpent Knights as their end is near when they are start dying as they became old and grow photosensitive. The Abyss attempted to use the fountain of the upside city in the Chasm to remove the curse believing it would revert them to their former selves. However, according to Dainsleif, if their curse is removed by force, the Hilichurls will suffer an ever more severe damage, ultimately leading to their deaths.

Hilichurls are humanoid in shape, having dark grey-colored skin with human-like hands and feet with three toes at the end. Each Hilichurl has a head covered in a spiky or feathery mane with two pointy ears peaking out of the top. The Hilichurls hide their faces behind masks containing an oil painted pattern meant to intimidate enemies. Elemental Hilichurls have their element icon as masks.

The most basic and common form of Hilichurl. Rather unarmed, they simply attack through physical punches or by throwing rocks at long range.

Hilichurls equipped with wooden clubs. If alight with Pyro, the club will be set aflame and eventually burn away, leaving the Hilichurl to fight like a normal Hilichurl. Attacking the Hilichurl Fighter while its club is burning with Electro, Hydro, or Cryo will extinguish it.

Pyro Hilichurls wielding a flaming torch-like club they use to strike the player, rapidly flinging their weapon about while setting grass on fire. Hydro, Electro, or Cryo can put out the flame turning it into a regular club, but the Hilichurl can reignite it with a lighter after a certain amount of time.

In Liyue, Hilichurl Guards instead replace their wooden shields with rock shields, with even higher durability. Since the shields are considered Geo element, Geo, claymores, and explosions can break them quicker. In Dragonspine, Hilichurl Guards have Cryo shields made of ice, working similarly to Geo shields except Pyro and claymores break them effectively.

Spiritual leaders of the Hilichurlian tribes, Shaman Hilichurls use a large club as a staff to cast elemental magic. They can also swing their club at the player when in melee range. Six different types can be encountered.

Anemo Samachurls can summon three small tornados that chase after the player. The tornados will stay active even after the Samachurl that summoned them is defeated. They are also capable of creating a turbulence zone that sucks in everything towards the center. The turbulence can be escaped by sprinting.

Dendro Samachurls can grow thorny vines across an area that blocks off most access. The vines will go away on their own, but can be destroyed prematurely, especially with Pyro. They are also able to cast a certain distance in an aura, applying all players and monsters that enter it with the Dendro element, causing them to burn if combined with Pyro.

Hydro Samachurls can summon a raincloud around a small circular area. All enemies underneath the cloud will slowly regenerate up to 60% of their health until the cloud disappears. They can also make water burst from the ground under the player's feet.

Geo Samachurls can summon Geo pillars from the ground that elevate them and Hilichurl Shooters to high ground. The pillars will periodically release shockwaves. They also summon Geo spikes to emerge from under the player's feet. While the player has to destroy the pillar to return the Samachurl to ground level, a character equipped with a bow can snipe them off the pillar by dealing a critical hit. Once the Geo Samachurl is defeated, all remaining pillars are destroyed.

Cryo Samachurls function almost identically as Geo Samachurls, only creating pillars of ice and spikes from the ground. They are only encountered in Dragonspine.

Electro Samachurls can summon lightning from the sky to strike the player. They can also summon numerous markings on the ground, releasing pulses that damage any player standing on them. The markings go away on their own, and will remain even if the Samachurl is defeated. They are only encountered in Inazuma.

Large muscular Hilichurls and formidable warriors of their tribes, Mitachurls have more health and deal more damage than other Hilichurls. Eating more meat and fighting makes a small Hilichurl grow into larger, stronger Mitachurl, thus it is paramount for them.

Mitachurls equipped with large axes they use to hack at their opponents. They can dig out Pyro Slimes to enhance their axe before tossing the Slime at the player, becoming Blazing Axe Mitachurls. While enhanced, the Mitachurl's attacks deal Pyro damage and become more dangerous, such as a charging slam unleashing pillars of flames. Attacking the Mitachurl with Hydro or Electro puts out the flame, degrading the axe back to normal.

In Inazuma, Mitachurls instead dig out Electro Slimes to enhance their axes, becoming Crackling Axe Mitachurls. They can cause additional Electro damage to their axe swings, as well as obtain several new attacks while enhanced such as a powerful leap that releases numerous electric cracks, although the impact will stun it briefly. Unlike Blazing Axe Mitachurls, the Electro in their axes cannot be be put out.

Mitachurls equipped with large wooden shields they can use to ram into opponents. When at a distance, they can dig out Dendro Slimes and throw them at the player. Similar to Hilichurl Guards, the shields' durability can be burned with Pyro; however, the Mitachurl can extinguish the flame after a while between attacks. Once the shield is destroyed, the Mitachurl resorts to punches or charges. Eventually, they will dig out another Dendro Slime to create another shield.

In Liyue, Mitachurls replace their wooden shields with rock shields, making them more durable and resistant to physical damage, but can be broken effectively using Geo, claymores, or explosions. They can also dig out Geo Slimes to throw at the player. Unlike Wooden Shieldwall Mitachurls, they will not recreate their shield after it is destroyed.

In Dragonspine, Mitachurls have shields made of ice, and are considered Cryo objects. In cold temperatures, the shield's durability will rapidly regenerate, making it necessary to destroy the shield as quickly as possible.

Also known as Hilichurl Chieftains, Lawachurls are the strongest and fiercest members of the Hilichurl race. They are revered by smaller Hilichurls for their immense strength and wisdom. Their name is derived from a Hilichurlian way to address a king or ruler. Despite this, Lawachurls rarely lead their tribe at all, rather they prefer being in solitary places.

They were once regular Mitachurls that mutated from accumulations of a large number of elements in their bodies, thus the abundance of elements in their bodies granted them superhuman-levels of strength and durability. Despite their bulk mass, Lawachurls are surprisingly agile. They can also dig up a massive Slime of their element and throw it at the player. They have the ability to enhance their bodies with elemental armor, not only allowing it to resist most damage, but granting it more powerful attacks like massive shockwaves.

Unusual Hilichurls are unique enemies that only spawn in one of sixteen areas across Mondstadt and Liyue. On their mask is the Chinese Hanyu 伟 (Wei), a reference to Liu Wei, the founder of miHoYo. Upon defeat, it retreats in a suitcase. Two Unusual Hilichurls can be fought in the player's world daily, with only one encountered at a time. Defeating one will spawn the other in a different area. After defeating the second Unusual Hilichurl, there is a twelve hour cooldown before the next Unusual Hilichurl spawns. They only drop cabbage and 233 Mora.

Unusual Hilichurls attack by swinging their suitcases at the player, or by opening it and throwing cabbages and Primogems at the player. They can also bring out a yellow doll called the Homu Doll (a reference to the characters of the same name from Honkai series) that explodes once it hits the ground.

A tribe of lazy Hilichurls that take any opportunities to sleep. They make beds out of animal leather, which are very soft according to Paimon.

A tribe of Hilichurls who build huge altars to pray for meat they can eat, usually making sacrifices on a daily basis. In Chapter I, Act II of the Archon Quests, the Traveler and Paimon use their large cooking pot to heat up Noctilucous Jade, something the Meaty Tribe does not take kindly to and attacks them.

A tribe of Hilichurls obsessed with drawing eclipse symbols. Nobody except the Dada Samachurl knows exactly why eclipses are so revered with the tribe. 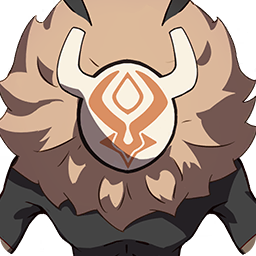 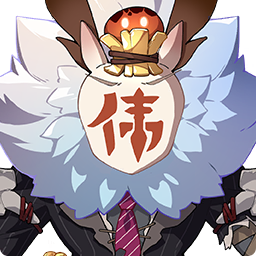 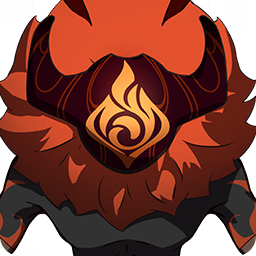 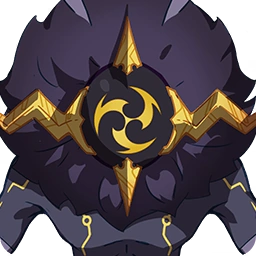 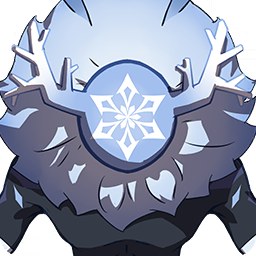 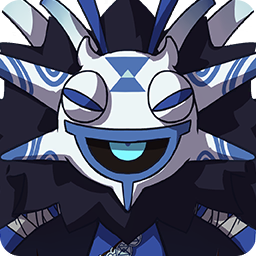 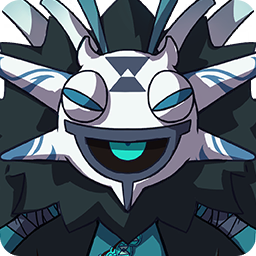 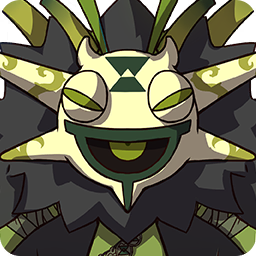 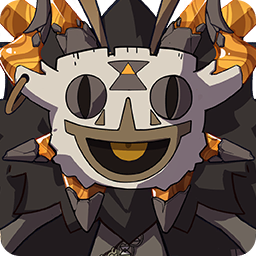 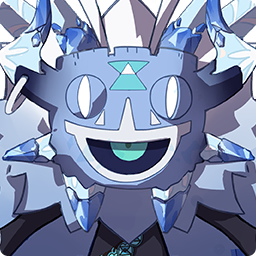 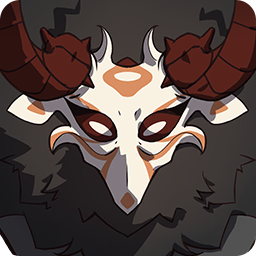 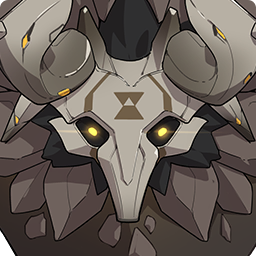 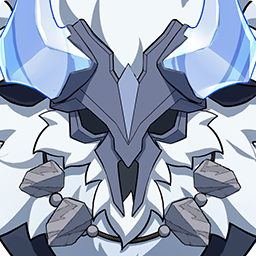 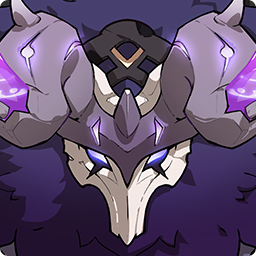