Villains Wiki
Register
Don't have an account?
Sign In
Advertisement
in: One Piece Villains, Female, TV Show Villains,
and 27 more

Hina is a major antagonist from the anime and manga series One Piece. She is the former classmate of Smoker Vice Admiral and a Marine office. She, Fullbody and Jango is their subordinates. She is currently introduced former as the captain. After the timeskip, she was originally as a Black Cage Corps promoted to the rank.

She was voiced by Tomoko Naka in Japanese and Kathleen Delaney (4Kids), Jennifer Seman (Funimation, series) and Rachel Messer (Funimation, movie) in English.

Hina is a slim and tall woman has a skin and straight, she has a pink hair with a waist-length that only wore at the middle. She also has a brown eyes and red lipstick. She seems holding her mouth onto smoking to cigarette.

Her first outfit, she wears a purple piece with a two suit under the white blouse, a dark brown shoes as well as a pair of the dark gloves.

In the second outfit, she wears a purple of a consists has the silver bead necklace into the neck and the pair of her purple sunglasses cover of eyes on the forehead.

Her final outfit, she often of her accompanies outfit has the long white Marine jacket drop under the shoulders from the cape. This only difference that will reclaims to signature color in her epaulettes, with had a light blue, when the Marines officers only has red and blue epaulettes.

When she was a child, she just like the same hairstyle with a shorter hair. She wears a dress with the plain striped and shoes. She has her pet birds was depicted of keeping several in their cages, to reference in the devil fruit.

She was very tendency to talk to the third person. It's the normal young kids at Japanese to refer them from their using the names themselves for the person to "Hina fail". Is seem they are cute. Along with the others, basically, Hina didn't make it while any cutely effort and usually very stoic. She showing as a rational, respectful, and calmly losing her trying to kidnapped Luffy.

Hina seen to been shown on her historical facts to known while she was mentioned quite of the Rocks Pirates, whoever existence than the others more imported known as a the older marines, like Garp and Sengoku, and the marines rather of the generation.

Hina's concept art from the anime. 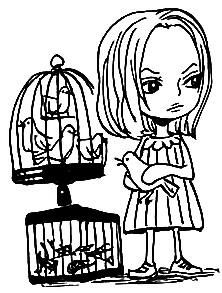 Hina as a child.

Hina in her youth as a marine in the manga. 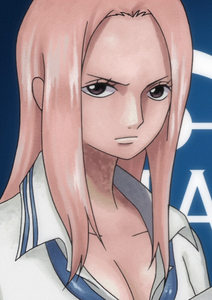 Hina in her youth as a marine in One Piece Film: Z.

Hina's initial outfit in the manga.

Hina's color scheme in the manga. 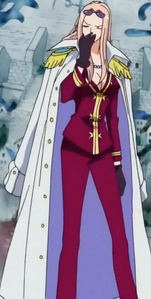 Hina during the Summit War of Marineford. 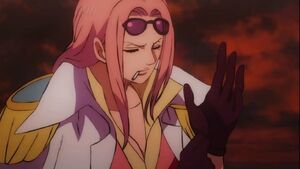 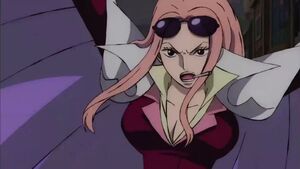 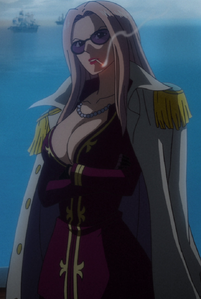 Hina at the Marine summit meeting. 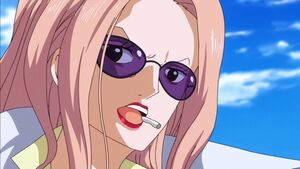 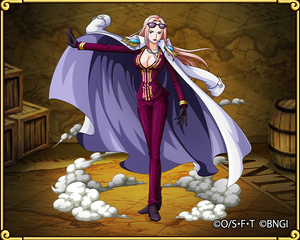 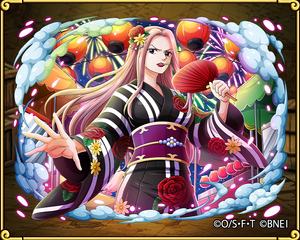