Carrying out missions for Smart Brain.

Hiroshi Izawa, the Stingfish Orphnoch, is the first Orphnoch to appear and an antagonist in the first episode of Kamen Rider 555.

He was portrayed by Masanobu Kinoshita.

An assassin working for Smart Brain, Izawa was sent to retrieve the Faiz Gear from Mari Sonoda. Posing as a traveler, Izawa encountered Mari with two of his companions and pursued her. He eventually turns into his Orphnoch form to kill both of his companions and goes after Mari to complete his mission.

Cornering Mari, the girl attempts to use the Faiz Gear to transform, but is unable to use it on herself. In a moment of desperation, Mari uses the Faiz Gear on Takumi Inui, a stranger who had been following her around to retrieve his stuff, turning him into Kamen Rider Faiz. Faiz then engaged and destroyed the Stingfish Orphnoch. 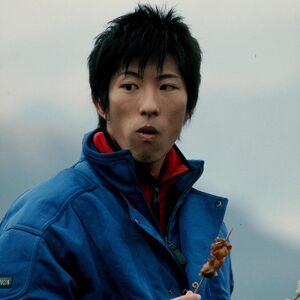 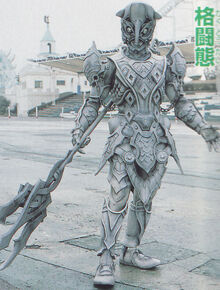 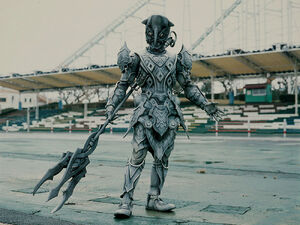 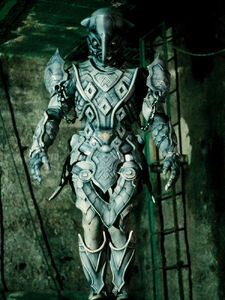 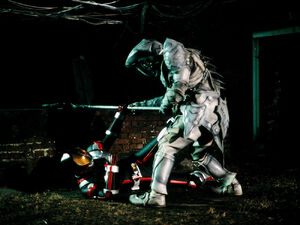 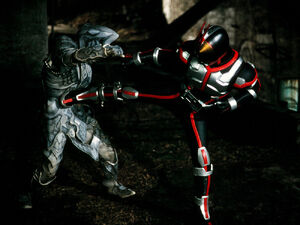