Destroying and killing anyone in its path.

To destroy the Z Fighters (failed).
Destroy everything in its path (failed).

Cataclysmic Monster
Hirudegarn is a giant insectoid-like creature unleashed from imprisonment by space wizards and the main antagonist of the movie Dragon Ball Z: Wrath of the Dragon. It is a simple-minded monster that destroys everything and kills anyone in its path.

Hirudegarn is a monster and the main antagonist of the 13th movie Dragon Ball Z: Wrath of the Dragon.

He terrorized the planet Konats and, in order to stop him, two ocarinas were used to seal him into the bodies of the brothers Tapion and Minotia, and the brothers sealed into music boxes.

However, an alien wizard named Hoi, the last surviving fanatic member of an extraterrestrial culture of evil spellcasters known as the Kashvar, opened Minotia's box, unleashing the lower half of Hirudegarn. Hoy traveled to Earth and employed the help of the Z Warriors in opening the second box. They collected the Dragon Balls and wished the box open, setting Tapion free, and in turn the upper half of Hirudegarn. Hirudegarn was only able to come out when Tapion was asleep, and could only be sealed back in when Tapion played his ocarina. When the Z fighters fought Hirudegarn, none of their attacks hit, as Hirudegarn would just turn to mist the second the hit would have got him.

Hirudegarn was defeated when Goku went Super Saiyan 3 and used an attack called Dragon Fist, where a Giant Golden Dragon made of energy attacked Hirudegarn, and completely obliterated him.

Prior to transforming Hirudegarn was capable of trading blows and gaining the upper hand over several Z Fighters like Super Saiyan Goku, Super Saiyan Vegeta and Gohan before seemingly being overpowered by Super Saiyan 3 Gotenks and emerging into a more powerful form.

In this new form he was powerful enough that with one blow he was able to defeat Gotenks by knocking him to the ground, and easily restrain Gohan when he wasn't paying attention. Even after Goku managed to severely drain his energy by making him feel intense emotion (his weakness), he still did serious damage to Super Saiyan 3 Goku until Goku used the Dragon First technique, killing Hirudegarn once and for all.

Hirudegarn's original form, which was created from a devil statue. After being easily defeated by Gotenks, he transforms into a more powerful state. This form appears for the first time in a video-game in Dragon Ball Heroes, introduced in the eighth mission of the God Mission series (GDM8). 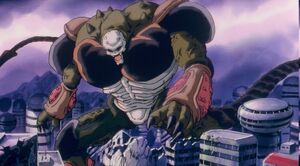 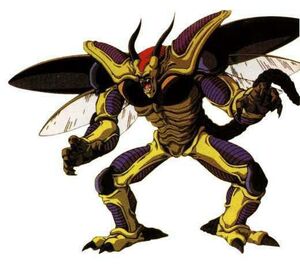 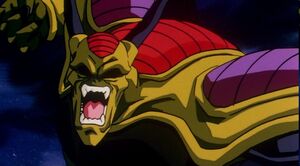 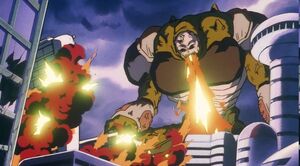 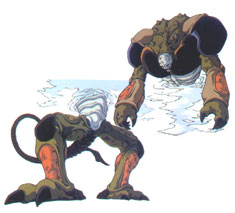 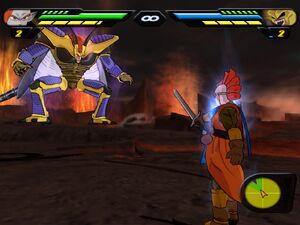 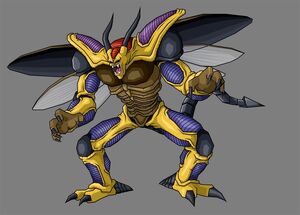 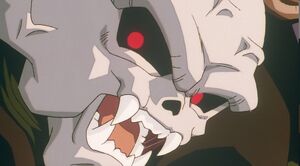 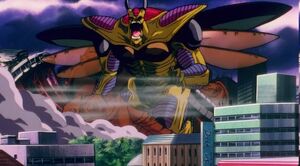 Hirudegarn roars in rage and fury at Gotenks 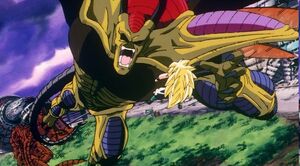 Hirudegarn about to defeat Gotenks 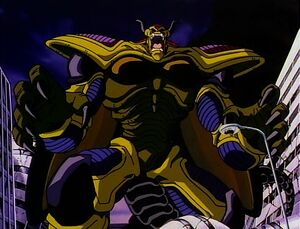 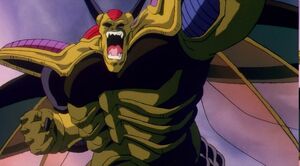 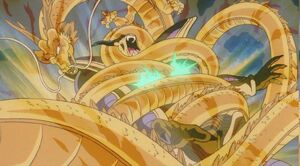 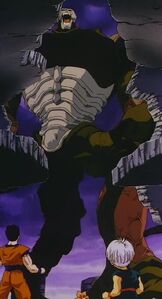 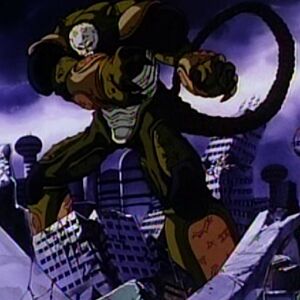 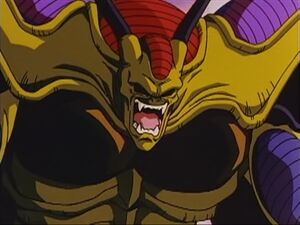 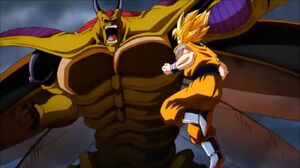 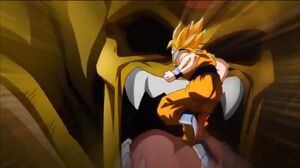 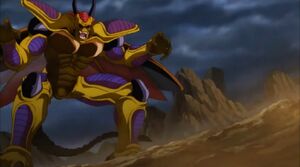 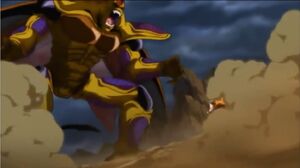 Retrieved from "https://villains.fandom.com/wiki/Hirudegarn?oldid=3470832"
Community content is available under CC-BY-SA unless otherwise noted.