Member of the Ubusuna Clan (formerly, before his betrayal of them and his malicious rise to power)

Manipulating others into doing his bidding with false promises.
Summoning the Hellspawn and the dead at his command.
Seeing humans as an inferior people.
Resurrecting the Oboro clansmen and pit them against each other and their last leader Hotsuma.

Cleanse and rule the Earth (failed).

Hiruko Ubusuna (in Japanese: 産土 ヒルコ Ubusuna Hiruko), also known as Hiruko-sama and Master Hiruko, is a powerful Japanese dark sorcerer and the main antagonist of the 2002 video game Shinobi.

Orphaned as a child, Hiruko was adopted into the Ubusuna Family (also known as the Ubusuna Clan), a group of powerful onmyouji. The clan's leaders sought an individual whose potential for magical growth could sustain their lineage. As he grew and practiced the dark arts, Hiruko eventually surpassed the clan's senior onmyouji, and in his young adulthood, he obtained a supervisory position with the Japanese government. The Ubusuna clan's onmyouji provided Hiruko with government contracts, and he advised various government officials through divination and other magical techniques.

A cunning man corrupted by a lust for power within his heart, Hiruko became extremely ruthless, and his tyrannical influence seeped into contemporary Japanese society. After the great Kanto earthquake, Japanese citizens and government officials alike speculated on the suspicious circumstances surrounding the catastrophe, but none could provide an explanation that revealed how it actually happened. In truth, Hiruko was responsible for the disaster. He attempted to engulf the world in darkness by performing an evil ceremony, but he was defeated by the Oboro ninja clan and sealed in the Kumano Shrine.

After Hiruko's actions dishonored the Ubusuna clan and cast a dark shadow on their once honored reputation, they were dismantled. In order to maintain Hiruko's seal, Kumano Shrine sought out and welcomed priests and mediums who possessed strong magic power and who could vigilantly watch over the shrine grounds.

Six decades later, Hiruko was released by the Oboro kunoichi named Ageha. After her love, Moritsune, was slaughtered in an Oboro ritual that was intended to suppress the demon sword Akujiki's hunger, she became embittered with the clan and went rogue. Determined to find a way to reunite with her love, she infiltrated Kumano Shrine and released Hiruko from his entrapment, as she hoped that he could revive Moritsune. Invigorated with a lust for power and revenge, Hiruko's ultimate goal was to acquire Akujiki and use the demonic blade to absorb an amass of Yin energy, which would empower him with limitless strength. In order to accomplish this, he summoned another catastrophic earthquake, erected his Golden Palace in the heart of Tokyo, and unleashed Hellspawn upon the earth. Then, he slaughtered the Oboro clan and scoured their village in search of Akujiki. When Hiruko realized that the clan's leader, Hotsuma, had the sword in his possession, he used his dark magic to reanimate the fallen Oboro clansmen and hoped that his vile actions would provoke Hotsuma to retaliate.

With his vengeance enacted, Hiruko only had to sit back and wait for Hotsuma to respond. Initially, Hiruko hoped that his demonic army would slaughter Hotsuma and retrieve Akujiki, but when he learned of the master Oboro ninja's great skill, his plans changed. Because he knew that Hotsuma could overcome all of the challenges that laid in his wake, Hiruko decided to lure him to Yatsurao's chamber at the Nakatomi Conglomerate-owned factory and allow him to slay the ancient Hellspawn weapon. To this end, Hiruko commanded his Hellspawn to kidnap his descendant, Kagari Ubusuna, and deliver her to Yatsurao's chamber as a sacrifice. Hiruko knew that either Hotsuma would be defeated by the Hellspawn weapon, or he would destroy it and unleash the mass of Yin that is stored inside, which he could then absorb. Ultimately, Yatsurao was destroyed by Hotsuma and Hiruko absorbed the weapon's power. The mad sorcerer reverted into a youthful and more powerful form, with an even more potent dark magic at his disposal.

But Yatsurao was destroyed by Hotsuma in battle and Kagari was saved, yet however, her evil ancestor in his delight absorbed from the defeated Yatsurao all the Yin of countless souls killed in the earthquake, thus transforming himself into an all-powerful teenage sorcerer with his youth rejuvenated and his dark magic increased.

After a long battle at the Golden Palace, Hiruko was killed by Hotsuma and his soul was devoured by Akujiki.

Hiruko was a skilled sorcerer who was proficient in dark magic. He could summon Hellspawn, dimensional barriers to restrict access to segments of space and time, manipulate real world objects, and resurrect and command the dead by using incantations and the scroll-like gojufu talismans. He could also unleash an arsenal of elemental and mystical attacks upon his enemies. He used certain chants and phrases that summoned a number of element-based attacks; "The fires of hell" would summon a large and intensely hot ball of magma that would slowly approach its target; "The icy touch of death" commanded a volley of frigid shards of ice that lobbed down at foes; "The wrath of the earth" summoned a demon magic that would race towards targets; "The powers of the heavens" brought down a series of magical thunderbolts from the sky that would target enemies. When he absorbed Yatsurao's immense Yin energy, he reverted to a more youthful state and his powers dramatically increased. In his young form, he could unleash five incredibly powerful energy beams that were composed of souls by chanting, "Spirits of the netherworld, obey your master!" Additionally, was able to teleport for short distances and use his sensu (in Japanese: 扇子； hand fan) to deliver a series of magic imbued melee attacks that rip the target's flesh. 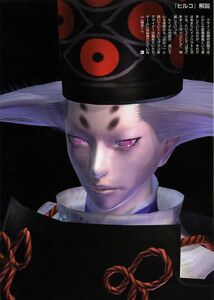 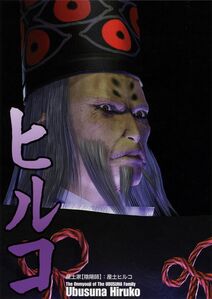 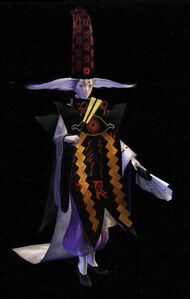 Hiruko as a teen. 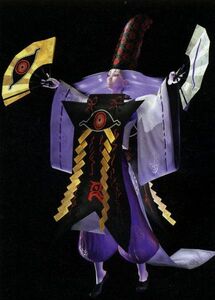 Hiruko as a young man. 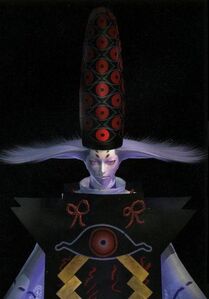 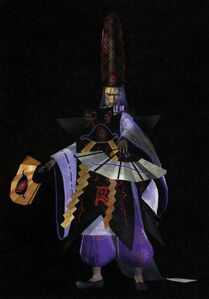 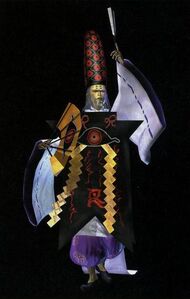 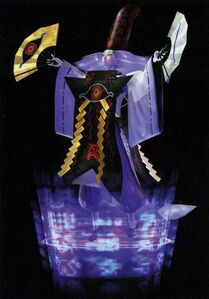 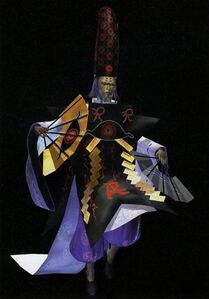 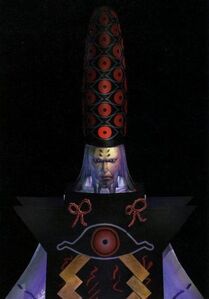 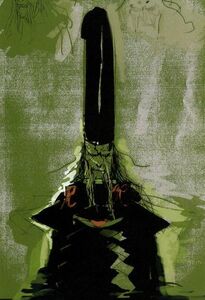 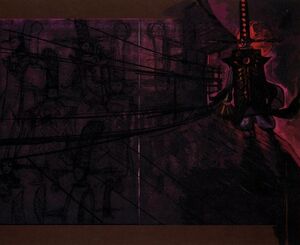 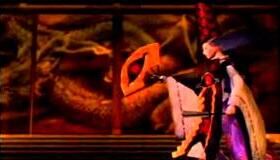 Master Hiroku
Add a photo to this gallery

Retrieved from "https://villains.fandom.com/wiki/Hiruko_Ubusuna?oldid=3981245"
Community content is available under CC-BY-SA unless otherwise noted.