Save Frank Castle's life from enemy soldiers in Vietnam (succeeded).

Supervillainous Assassin
Hitman is a supervillain in the Marvel comics universe. He is an enemy of the Punisher and Spider-Man. Three individuals have used the Hitman persona, those being Burt Kenyon, Jimmy Pierce, and an unnamed criminal.

Burt Kenyon (who would later become Hitman) would make his first appearance in Vietnam as a U.S. Marine and served in the same company alongside Frank Castle (who would later on become the Punisher). Kenyon saves Castle's life by killing several enemy soldiers and takes him to safety after he gets wounded in the ambush. Castle wanted to know how he could repay Kenyon with Kenyon replying back to him that Castle should remember that he owed him a life. Upon returning to the United States, Kenyon offered his services to the Maggia. His task was to pose as a villainous analogy to the emerging vigilante the Punisher. On his first assignment, Hitman would run afoul of Spider-Man taking a contract on the hero's life.

Managing to place a tracer on the villain upon his failure, Spider-Man passed his tracker onto the Punisher who began to hunt his former friend. Kenyon's next assignment was to kidnap and assassinate J. Jonah Jameson for a terrorist group called the People's Liberation Front. This later results in Hitman battling Punisher and Spider-Man at the Statue of Liberty. When Punisher chose to save an injured Spider-Man and Jameson hanging over the monument's edge over his former ally in similar dire straits, Kenyon released him of his debt to him from Vietnam and lets go, falling to his death. In the Dead No More: The Clone Conspiracy storyline, Hitman was cloned by the Jackal (Ben Reilly) and his company New U Technologies.

Jimmy Pierce was born as the son of Jack Pierce and Midge Cullen, whose parents were part of the Cullens Crime Family. However, his father refused to be involved with them, despite being tempted to by "Man" Peach Cullen, and would join the army. Jack would meet and fall in love with another woman but he would get killed by Peach and Midge. His death prompts Jimmy to avoid them and would serve in the Special Forces as well as becoming a Golden Gloves champion boxer. After the Punisher is seemingly killed, Peach forces Jimmy into becoming the new Punisher that would obey only him. Jimmy doesn't go through with it until Peach mentions that he has his mother as a hostage.

Peach then sends Jimmy to eliminate rival crime families in order to prove that if the Punisher was working for the Cullens Crime Family, they would rule over New York. Jimmy would later break up a crack house operation which Dean Swaybrick (Yuppunisher) and other rival Punishers were present, resulting in Peach's plan being foiled.

Jimmy was then sent to Laastekist, Pennsylvania to investigate the sightings of Punisher. While in Laastekist, Jimmy was disgusted when the other Cullen Family members shot and seemingly killed Payback and Lynn Michaels. Dean Swaybrick would arrive and brutally kill the Cullen Family members at the scene. Dean then points the gun to Jimmy's head until Dean's fellow agents flee due to Dean's bloodlust. Jimmy then takes this moment of opportunity to steal Dean's gun and shoot him. He became mortified after this and approached Dean's body. As Jimmy kneeled over Dean's corpse, he is shot in the back by Vigil's Blackwell and left for dead.

Jimmy later ambushed Dave Cullen and Duke Cullen where he forced them to tell him where Peach was hiding out. He then goes to the apartment of his sister Lori Pierce. Lori's friend was present and stitched up Jimmy's wound. Dave and Duke tracked Jimmy to Lori's apartment and attacked him but Jimmy defeated the criminals. As Jimmy took Dave with him, Duke was restrained in Lori's apartment and was killed by Lori after Jimmy left. Jimmy sneaked into the meeting place of the Cullen Crime Family in order to rescue his mother. This would prove to be a ruse, however, and Midge smashed a coffee pot onto Jimmy's head and was at the mercy of Peach and the rest of the Cullen Crime Family. While Jimmy finds out about his father's past, Lori snuck in to the meeting place and helps Jimmy escape. Lori brought Jimmy to their mother's chest and told them how the Cullen Crime Family killed his father. Jimmy felt that he was unable to seek vengeance of Peach Cullen for murdering his father and leaves. While hitching a ride, Jimmy was picked up by the real Punisher who was alive after all. The Cullen Crime Family, however, are able find Lori and capture her. 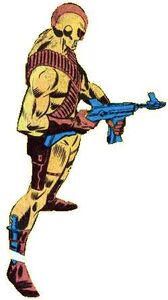 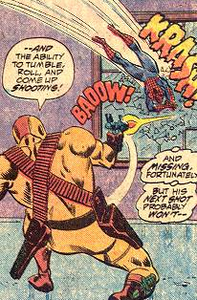 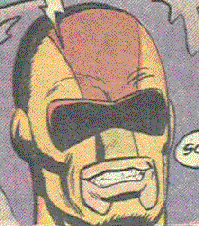 Hitman with his mask on

Burt Kenyon before he became Hitman 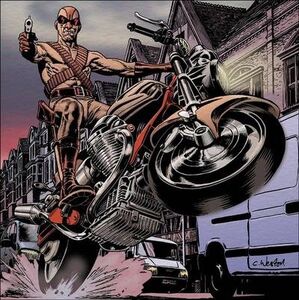 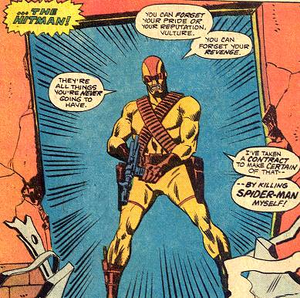 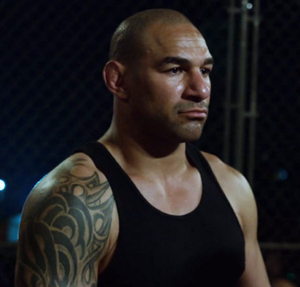 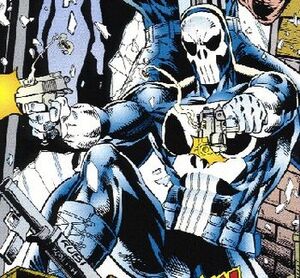 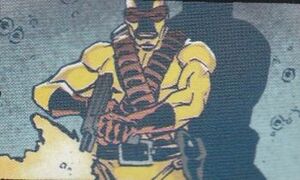 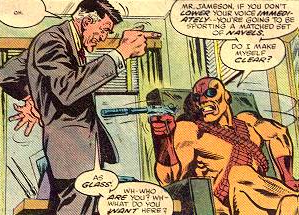