My Knight (by Queen Vespa)

Guard of the Hive

Disposing unwanted intruders of the Hive.
Making Queen Vespa proud of him.

Hive Knight is a supporting antagonist and optional boss in Hollow Knight, introduced in the Lifeblood update. He is the loyal guard of Queen Vespa, the queen bee of the Hive located in Kingdom's Edge, but also due to him being used as her slave. Even after the queen's death and the Infection, Hive Knight still loyally protects his master.

Hive Knight is found in the Hive located at the bottom of Kingdom's Edge. He guards Queen Vespa's room, and attacks anyone who dares trespasses into her room. Despite the bees playing no role in the Pale King's rule, the Infection leaked into the Hive and the minions of Vespa were infected while she slept and later died. Hive Knight was no exception, now attacking everyone regardless if friend or foe.

Hive Knight first attacks the Knight by sending down Hivelings into the arena, before jumping down and engaging the Knight in battle. He attacks by lunging his spear, by teleporting and attacking from behind, or by causing large spiked honey balls to appear and burst, spreading eight spikes in an octagonal pattern. After taking enough damage, Hive Knight will spit out a barrage of Hivelings that first fly up, and then dive towards the Knight. These Hivelings cannot be killed, although they can be knocked back when struck with the Nail, as well as give Soul. When defeated, he lets out one last bow to the statue of the queen in the back of the arena before falling over. Defeating him opens the door that leads to the Hiveblood charm.

Following his death, the spirit of Queen Vespa appears and thanks the Knight for giving Hive Knight his best battle yet and for freeing him from his suffering, before telling them the location of the White Lady and the possible whereabouts for the Pale King. 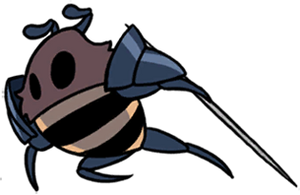 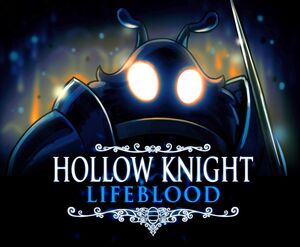 Hive Knight as seen in an advertisement for the Lifeblood update.
Add a photo to this gallery 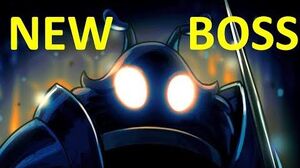 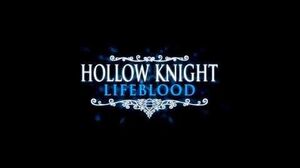 Retrieved from "https://villains.fandom.com/wiki/Hive_Knight?oldid=4016456"
Community content is available under CC-BY-SA unless otherwise noted.