Fulfil his contract for Alchemax by killing Spider-Man with the fragment's power (failed).

The Hobgoblin is an antagonist in the 2010 video game Spider-Man: Shattered Dimensions. He was one of the central antagonists in the 2099 universe where he was hired by Alchemax to kill Spider-Man while using the Fragment.

He was voiced by Steve Blum, who also voiced Starscream, Amon, Smytus, and Green Goblin.

A nameless mercenary with an unknown past, Hobgoblin was enhanced with nanofiber bio-organic circuitry wings by Alchemax and hired by Serena Patel, the leader of the organization's Shadow Division, to kill Spider-Man. Granted with a Fragment that would enhance his "psi-powers", Hobgoblin ambushed the webslinger and introduced himself.

Spider-Man chased psychopathic supervillain across New York while questioning his backstory and wings. Along the way, they encounter the Public Eye and Hobgoblin makes them believe that Spider-Man is his partner. At the end of the pursuit, Hoblgoblin used the Fragment's power along with revealing his psionic abilities. After a long battle, Spider-Man is able to defeat him and deduce that Alchemax hired him.

During the game's credits, Hobgoblin is seen on a rooftop alongside several multicolored clones of himself. 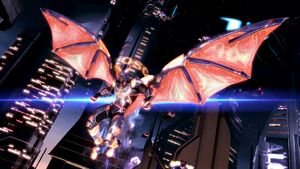 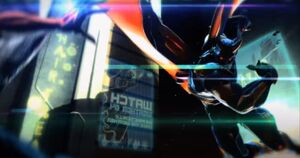 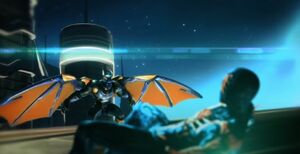 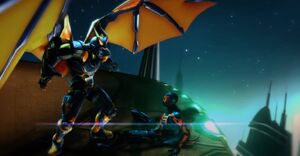 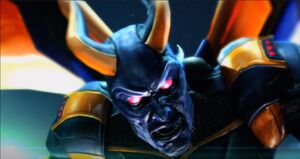 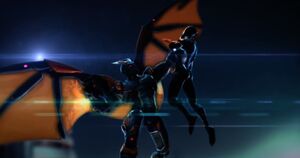 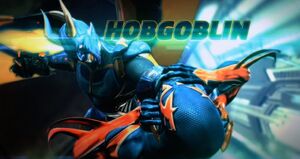 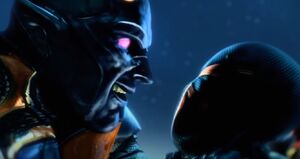 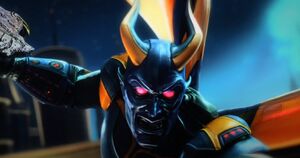 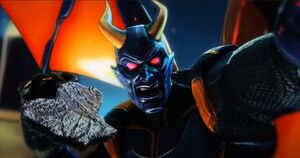 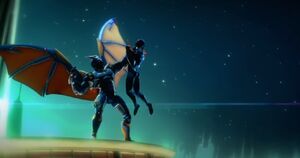 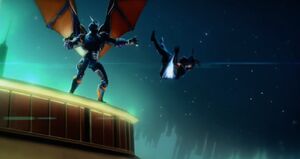 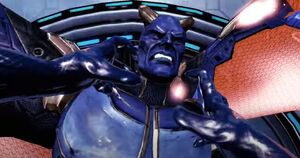 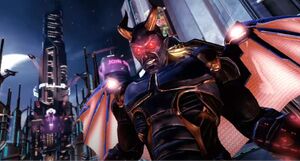 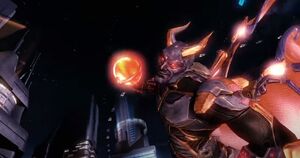 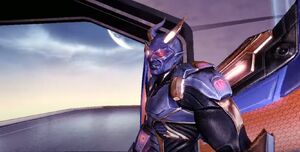 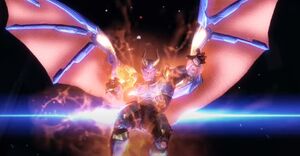 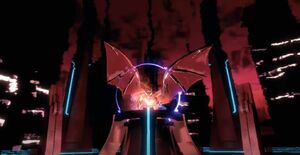 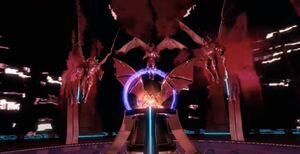 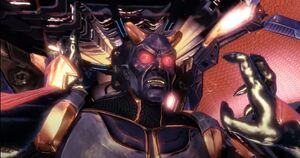 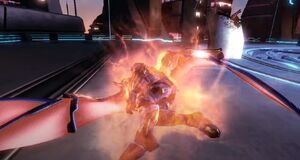 Retrieved from "https://villains.fandom.com/wiki/Hobgoblin_(Spider-Man:_Shattered_Dimensions)?oldid=4061006"
Community content is available under CC-BY-SA unless otherwise noted.