Soldier of the Neptune Army (formerly)

Eradicate the Human Race and other Fishfolks that side with Humans (failed).

Hody Jones is a white shark fishman, captain of the New Fishman Pirates and the main antagonist of the Fishman Island Arc of One Piece.

As the events of One Piece got more and more serious over the years, the villains became worse in result. And Hody ranks among the worst villains of this universe, to the same level as Akainu.

Hody Jones is a complete psychopath, who is filled with hatred toward humans that he killed Queen Otohime for wanting to be their friends, and ruined all her efforts by accusing a human. He is also willing to kill her daughter Shirahoshi, whom he mocked for feeling no grudge toward him.

What makes him worse than many One Piece villains like Arlong is that, unlike them, he has no excuse and no principles. He hates, torment and kills humans for virtually no reasons at all, and has no qualms about doing the same to anyone regardless of species, which unlike Arlong also includes his own people. Because of this, Hody is arguably one of the most evil characters in One Piece.

Hody is a powerful fishman who has mastered the Fishman Karate in a murderous way. He is able to use his Fishman Karate style to fight strong opponents like Monkey D. Luffy and Roronoa Zoro. As a Fishman, Hody has at least ten times the physical power of a human. He has demonstrated the power to flick water very fast, has superhuman strength, and can get back up after sustaining serious injuries.

He also took steroids, which changed his appearance and empowered him with many side effects that came after his defeat to Luffy. By taking the steroids, Hody Jones's strength, speed, and endurance enhanced to the point where he was a serious challenge to Luffy when he fought him.

However, the steroids side effect, Hody became severely weakened and handicapped and has lost all his fighting abilities he had before.

Hody Jones is a fishman who grew up feeding on hatred of humans, inspired by Arlong. However, unlike him, Hody never received any harm from humans. He hates them and wants to eradicate their race for no other reason than simple racism. Also, unlike Arlong, Hody has no qualms about harming a fellow fishman, mainly the ones who are friendly to humans.

His hatred for humans is so fierce it brought him to murder his own Mermaid Queen Otohime and accuse a human, to make all Fishman Island hate them.

Years later, Hody decides to take over Fishman Island with his crew and his newfound ally Vander Decken IX. He rapidly gains power, as his coup d'état was prepared with every detail. All but one: The Straw Hats. He attempted to destroy Fishman Island during his coup, but it ended in failure after being knocked out by Luffy's Elephant Gun and he was sent to the Ryugu Palce's prison alongside with his crew. Later, it is revealed that Hody and his officers had aged quickly due to The Energy Steroids with the effects been compulsively taking as a way to boost their strength. 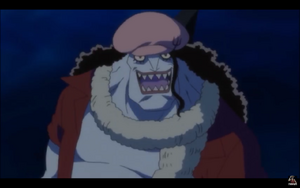 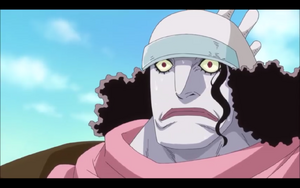 Hody as a Neptune's army soldier. 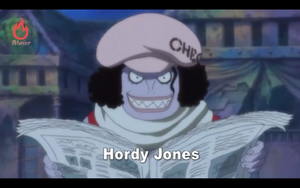 Hody as a child. 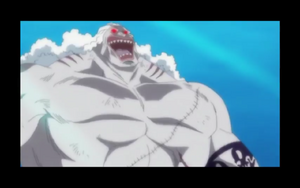 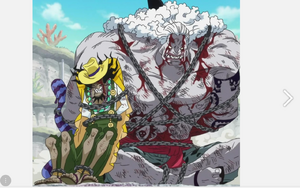 Hody and Vander Decken IX have been defeated and arrested 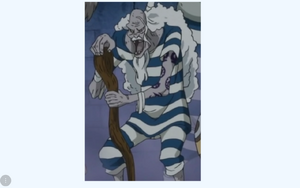 Hody after being rapidly aged by the Energy Steroids. 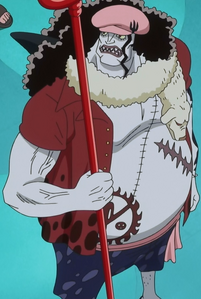 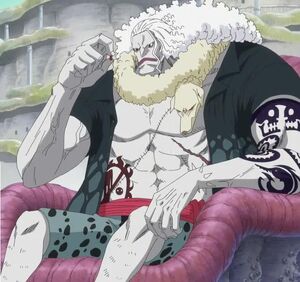 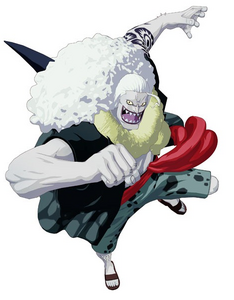 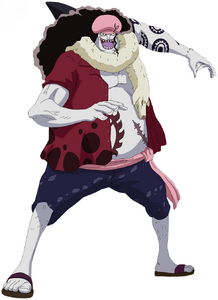 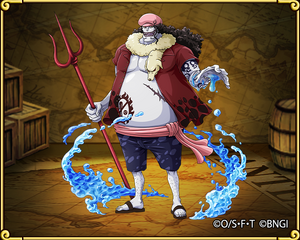 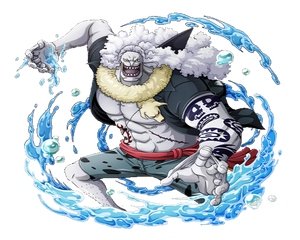 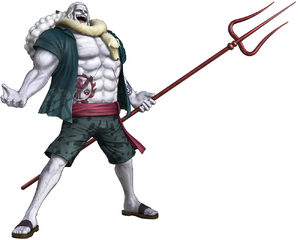 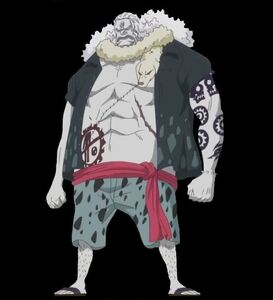 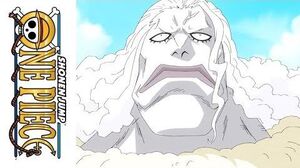 One Piece - Official Clip - Trapped by the New Fishman Pirates