Continue to kill and devour children to preserve her magic powers.

Have a legacy through Gretel.
Force Gretel to eat her brother.

Holda is the main antagonist of the 2020 dark fantasy horror film Gretel and Hansel directed by Oz Perkins and released under Orion Pictures. She is an incarnation of the The Evil Witch from the original Hansel and Gretel fairy tale written by the Brothers Gimm.

She was portrayed by Alice Krige (who also portrayed both Christabella in Silent Hill Morgana Le Fay in Disney's The Sorcerer's Apprentice in her elderly form, and Jessica De Gouw in her younger form.

Years ago before the events of the film, Holda was an ordinary woman who had a few children, one, in particular, was a young girl with a pink cap. When she was stricken by an illness, Holda's husband sought an enchantress to cure her.

The enchantress does so but at the cost of her getting dark powers. The powers gave her the ability to look into the future. After many villagers sought her for her premonitions, the girl shortly starts killing them, including her father whom she enticed into placing a hot metallic rod in his mouth. Enraged, Holda attempted to abandon her in the woods, but she still lingered in her mind.

When she realized that she also had some leaning towards black magic, her daughter offered to share her powers with her if she were to give in to the darkness. She complies by killing and eating her other children. From there, she takes the form of an elderly woman to lure abandoned children into her house with enchanted body parts disguised as food after which she kills and eats them to empower her witchcraft.

Upon meeting Gretel and Hansel, she allows the two to work for her in return for their stay and somehow senses Gretel's powers deciding to make her an apprentice. She takes some of Hansel's hair and entices him. Slowly, he becomes suspicious of her true intentions before seemingly disappearing. After Gretel failed to poison her, Holda takes her to a room downstairs of the house where she reveals her younger form and binds Gretel's hands to a table before hypnotizing Hansel into climbing a ladder into a fire pit.

Holda meets her end when Gretel uses her powers to propel a staff towards her. Holda gets pressed against the wall by the staff and is subsequently decapitated by it. Her body is then burned by the flames of the fire pit. 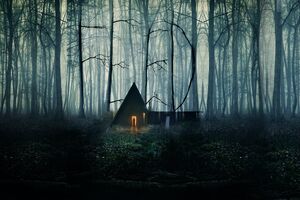 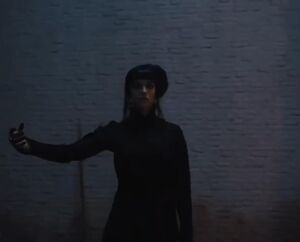 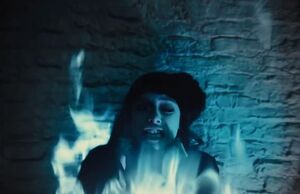