Holly is a one-time villain from Powerpuff Girls Z, the anime version of The Powerpuff Girls, only appearing in the episode "Flower Power". She is an anthropomorphic flower who was mutated into a villain by black Z rays.

Holly was just a regular flower, who sat around in a garden. She saw Jason go by, having just bought a Christmas rose for Annie. Holly was jealous that Jason bought a different flower instead of her. Holly was very bored with the fact that she was the only sentient flower in the area. So this meant that she had nobody to talk to and this was why she needed an owner to buy her.

HIM brought forth some Black Z Rays to Holly, mutating her into a living flower that had the ability to talk and reproduce. Holly used her newfound abilities to create multiple versions of herself all around New Townsville.

The next day, New Townsville was completely covered in wildflowers. All of which were getting in the way of its citizens. The flowers were covering buildings and cars and people, causing minor inconveniences and major mayhem all over the place. Things only got worse when Blossom woke up and saw that she had a flower on her nose. Blossom flipped out but she was unable to get it off.

The Powerpuff Girls went out to fight the flowers but no matter how much they tried to destroy them, more flowers just kept growing and taking their places.

The girls eventually tracked down Holly as the source of the flower flood and they fought with her.

Annie was working in her shop when she came outside and saw all of the flowers. Unlike the rest of New Townsville, Annie was pleasantly surprised by all of them. Annie went over to Holly and talked to her. She said that she would love to keep her in her restaurant if she could stop invading the city. Holly obliged and reverted back to her normal self and all of her clone flowers disappeared. Annie potted her in a flower pot that sat right next to the Christmas rose that Jason gave her, so Holly was finally happy. 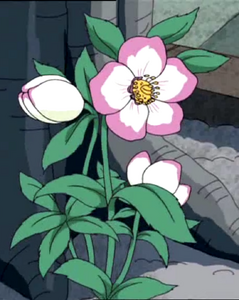 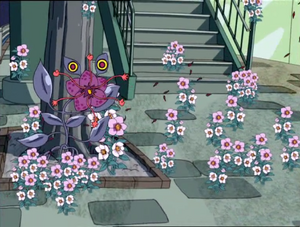 Add a photo to this gallery
Retrieved from "https://villains.fandom.com/wiki/Holly_(Powerpuff_Girls_Z)?oldid=3645579"
Community content is available under CC-BY-SA unless otherwise noted.