The Hollywood People are a group of one-time villains from the FOX Animated Sitcom The Cleveland Show, only appearing in "Hot Cocoa Bang Bang". They consist of famous Hollywood celebrities, who not only lie to their audiences to get their money, by making crappy TV shows, but they're also more privileged than their own fans, earning them special treatment at Comic Cons. This group consists of about nine people.

In "Hot Cocoa Bang Bang", The Brown-Tubbs Family went to a comic con, so that Cleveland could show off his new Waderman comic books. During their time there, many of the celebrities there gave them, and later on, the rest of the Comic Con goers Hell. Donna saw that Robert Rodriquez was showing an old pornographic film she made. Robert claimed to have legal rights to it, due to her consent, back when it was made, but promised to get rid of the film after showing it once. He lied about this and then fought with Donna and Cleveland over the only roll of film, containing the video.

In an action-packed war between the two, Cleveland and Donna, (cosplaying as Waderman and Hot Cocoa Bang Bang), chased Robert had a low-speed chase on Cycle Richshaws. During the fight, Robert shot the head off of Cleveland and Donna's peddler, with a missile launcher. Afterwards, Robert tried one last time to shoot them down, but Cleveland fired one final homing missile out of Robert's guitar case, which crashed into a passing by oil truck, that tipped over and landed on Robert, leaving him to die in a fiery explosion, while Cleveland and Donna took their roll of film back.

Cleveland Junior and some other Comic Con nerds also suffered from these guys. They waited in a line to get into a theater, which would be previewing a Star Wars movie scene, but before they could get in, a herd of famous people were allowed to go ahead of them without waiting in line because they were celebrities. After which, Junior and the others were roped off because the theater was full. On top of that, David Schwimmer was advertizing his latest, corporate cash grab Schwim Team. This was a sitcom that had nothing to do with Comic Con at all, which angered Junior and the other fans.

They decided to finally team up against these people and get even with them. During the fight, Kristen Stewart and Robert Ratterson were stabbed to death by a fan of the Buffyverse, two fans chopped down single strings on the hanging signs for Disney and Marvel, causing for both of them to swing into each other and crush both sides of the read of a giant model Darth Stewie. Dan O'Bannon and Ronald Shusett mauled a kid and ate his intestines. Junior controlled a fully functioning AT-AT Walker to fight with them. He was attacked by Dan, who apparently had Xenomorph powers, which he used to try and devour him. Junior would later crush the two of them and save the entire Comic Con festival, while victoriously shooting up the ceiling. This would be the conclusion of their side plot.

Another notable moment of evil among these Hollywood People is when Kevin Smith and Harry Knowles formed into one giant monster, who was bent on conquering the Milky Way Galaxy. The Smith-Knowles Mutation summoned Zack Galifianakis to join him in it's road to universal domination. This scene, however, was only done as a one-off joke and was never seen again, so it contributed little to nothing to the overall, villainous dynasty of the Hollywood People, at least in their shining moment of pure evil.

The Hollywood People all represent real-life celebrities. All of which are rude, egotistical, condescending, and sometimes even pervish corporate hacks, who take pride in their former glory. After being successful with making something that was legitimately good, they then go on to make garbage, using their previous work as leverage to get the mindless consumers to like it. They are full aware of what they do and they know that their fans are dumb enough to buy it. Not only do they sucker and mistreat their supporting and loving fans, but they also use their fame to get treated better than everyone else, landing them as first in line for all movie screenings, and allowing for them to look down on and blatantly disrespect everyone who they see as lesser than themselves. 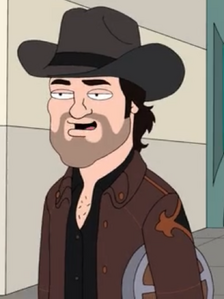 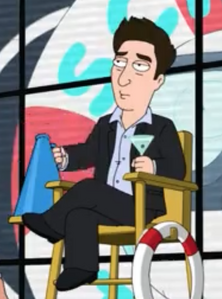 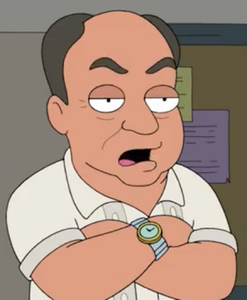 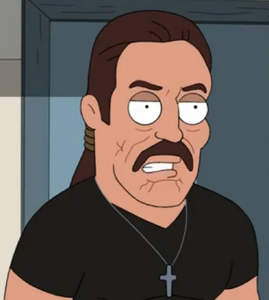 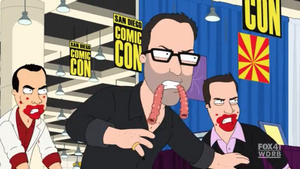 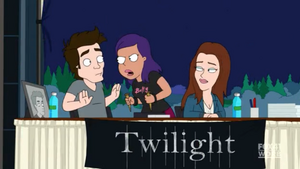 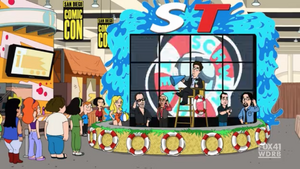