Gem Homeworld (bearing the name of their planet)

Conquer Planet Earth and use it for their experiments, capture the Crystal Gems (failed).

Create Fusion Super Soldiers and The Cluster (failed with The Cluster).

The Homeworld Gems are the main antagonists of Cartoon Network TV series Steven Universe. They are a race of gems who are affiliated with the Gem Homeworld. They are led by the matriarchal body of the Great Diamond Authority, who are in absolute power of the existing Gem colonies.

6,000 years before the events of the series, Gems came to Earth and spread their influence to it, creating Gem landmarks and monuments. One of these landmarks was the Kindergarten, a "breeding ground" for creating Gems. In an unknown amount of time later, it was shut down by Pink Diamond, now in the persona of Rose Quartz, and her followers. 1,000 years later, a war had started between the Gem Homeworld and Crystal Gems rebellion, resulting in a victory for the latter. The Homeworld Gems then returned to their world and, over the course of 5,000 years and during Era 2, developed advanced technology like Gem Destabilizers and improved Gem warships for their second attempt to take control of Earth.

After thousands of years, the Homeworld Gems send a scout drone called a "Red Eye" to Earth to detect gems but was promptly destroyed by the Crystal Gems in "Laser Light Cannon", without reporting any activity whatsoever. After that in "Warp Tour", they send Peridot and her 79 Flask Robonoids to repair Earth's Homeworld Warp, only to have her leave, resulting in the Homeworld Warp being destroyed by Garnet. They again send Peridot and her Plug Robonoids to the Kindergarten to reactivate it in "Marble Madness", only to be thwarted once again by the Crystal Gems by destroying it. However, Peridot did return with knowledge of Earth-resident gems. In response to the Crystal Gems, they send Peridot, along with Lapis Lazuli, and Jasper as her imformiant and escort respectfully on a mission to capture the Crystal Gems, but said by Peridot that they only came here to check on the Cluster. In the process, they discover that Steven has Rose Quartz' power, and decide to bring him to their supposed superior and one of the members of the Diamond Authority, Yellow Diamond. Later on the Gem Warship, Peridot mentions that they needed to find an entity called, "The Cluster". The Crystal Gems manage to escape, destroying the warship and sending it and everyone aboard crashing beside the Crystal Temple, with the exception of Peridot who was ejected somewhere on Earth's surface prior to the warship's entry into Earth's atmosphere. Back at the crash site, the Crystal Gems manage to survive the crash, but suddenly, Jasper emerges from the rubble, weak and exhausted until she sees Lapis Lazuli and convinces her to fuse with Jasper, forming Malachite, only to have Lapis take control of the whole fusion dragging herself and Jasper to the bottom of the ocean. In the aftermath in the episode, "Full Disclosure", the Crystal Gems celebrate, but Greg brings up the possibility of more Homeworld Gems retaliating, meaning their feud with the Homeworld isn't over yet.

In "Joy Ride", Steven and the Cool Kids accidentally discover Peridot's damaged escape pod in a crop field. When they investigate it, Peridot had already left with her whereabouts left unknown. In an attempt to find her, the Crystal Gems travel to the Kindergarten. Steven discovers Peridot leaving Facet Five of the Kindergarten, causing the other gems to chase her. Peridot uses her fingers like helicopter blades to fly away with Pearl and Amethyst in pursuit. Meanwhile, Steven and Garnet enter Facet Five and find fused gem shard limbs, and the Cluster, a forced fusion of gem shards combined into a gem monster, as a form of punishment for the fallen soldiers of Rose Quartz's rebellion. Garnet defeats the monster, and Peridot escapes. Peridot was then eventually captured by the Crystal Gems, while she was interrogated about living the earth, she had given the full details about her mission. Peridot had revealed that Earth is no longer a colony and became a base for a series of artificial gem fusions to create the biggest forced fusion comprised of millions of gem shards.

In "Super Watermelon Island", using his astral projection ability, Steven discovers that Malachite is attacking mask island, forcing the gems to warp there and form Alexandrite in order to stop her. With the help of the Watermelon Stevens, Alexandrite manages to defeat Malachite, but can only manage to save Lapis when the cluster starts emerging and ruptures the island, knocking Jasper into the ocean.

In "Same Old World", Lapis reveals that the Homeworld gems were the ones that trapped her in a mirror, confusing her for a crystal gem, and cracked her during their escape. In "Barn Mates" a Homeworld scout ship comes to the barn, supposedly looking for Peridot, before being taken down by Lapis. At the end of the episode a Ruby pops out of the wrecked ship. In "Hit the Diamond", four other Rubies come out of the ship, still supposedly looking for Peridot. The team is infiltrated by the Crystal Gem's Ruby, who fails to lead the other Rubies away from the barn, before Steven convinces the other Rubies that they have to play baseball in order to be allowed entrance. The Crystal Gems (disguised as humans) beat the Rubies at the game, until an overjoyed Ruby and Sapphire accidentally fuse into Garnet, blowing their cover. The Rubies fuse into a giant version of themselves, intent on destroying the gems, until Peridot tries to reason with them resulting in the Rubies revealing that they were actually looking for Jasper and being tricked into looking for her on Neptune by Steven. In "Monster Reunion", Centipeetle reveals that she was corrupted by a giant flash of light and blames the Diamonds for that. In "Alone at Sea", Jasper shows up on Greg's boat, begging Lapis to re-fuse with her. When she refuses, she attempts to attack Steven, only to be flung away by Lapis. In "Gem Hunt", Jasper shows up at the end, poofing and capturing the monster Steven and Connie were fighting and walking away after taunting "Rose." In "Crack the Whip" Jasper showed up with the two monsters she captured and uses them to attack Amethyst, Steven, Connie and Lion. Jasper brutally beats Amethyst, taunting her about how she is defective and weak, before being driven off by Stevonnie. In "Beta", Peridot attempts to cheer Amethyst up by taking her to Jasper's birthplace, the Beta Kindergarten, a hastily rushed and poor version of Amethyst's kindergarten made to quickly pump out gem solders during the war, to show her how poorly Jasper was made, until realizing that she is literally the perfect Jasper solder. In "Earthlings", after briefly spotting her, Steven, Amethyst and Peridot discover that Jasper has been capturing and imprisoning corrupt gems in an attempt to make an army. After a short fight, Amethyst realizes that she cannot defeat Jasper and accidentally fuses with Steven to create Smoky Quartz, who easily defeats Jasper, even when she fuses with a corrupt gem. Slowly being corrupted, Jasper refuses help from Steven and reveals that Rose Quartz did something horrible to Pink Diamond. In "Back to the Moon", the Rubies return to Earth still intent on finding Jasper, only to be tricked by Amethyst, who shape-shifts to look like Jasper. Being fooled by the Gems, the Rubies take them to the moon base in order to contact Yellow Diamond, going through the history of the diamonds and revealing that Pink Diamond was in charge of Earth and that Rose Quartz had shattered her. After discovering the facade, the Rubies fuse, only to be knocked out the air lock by Sardonix and Steven, accidentally taking Steven with them. In "Bubbled", Steven floats around in space with Eyeball Ruby, who tries to kill him when she finds out that he has Rose's gem, only to be thrown into space.

In "Stuck Together", Aquamarine and Topaz took Steven and Lars to Homeworld. In "The Trial", the blue Zircon named Defense and green Zircon named Prosecuting have Rose Quartz's case that she shattered Pink Diamond. In "Lars of the Stars", Lars the captain of Off Colors and his crew Rhodonite, Rutile Twins, Fluorite, and Padparadscha were caught by the imperial captain gem: Emerald. In "Legs From Here to Homeworld", all the court Gems gathered, cheered, and celebrated that Steven has arrived which Pink Diamond has returned and the controlled Pink Pearl brings Steven to White Diamond and sends him to his mother's old room in her palace. In "Familiar", Steven had a first met with Pink Diamond's old little friends: Pebbles. In "Together Alone", in the start of new era at the ball the beginning of Era 3, he met his mother's entourage the Jades. In "Escapism", . In "Change Your Mind", . 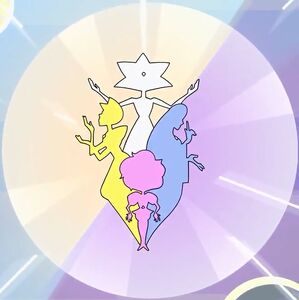 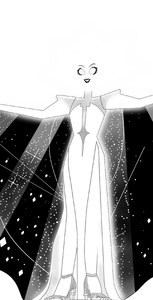 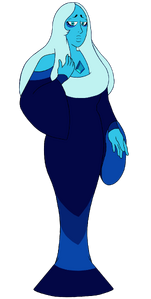 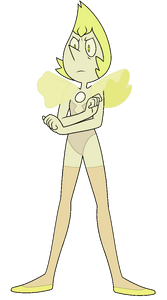 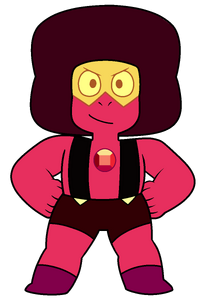 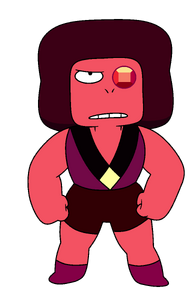 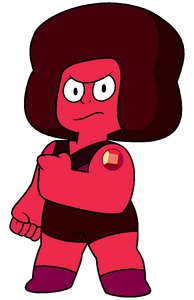 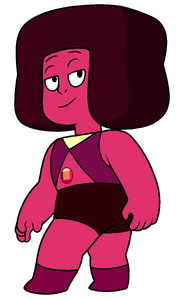 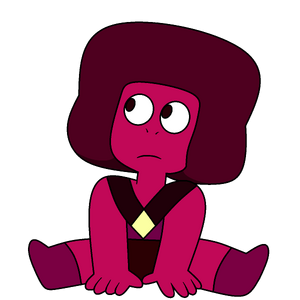 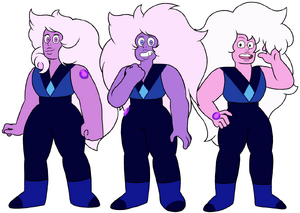 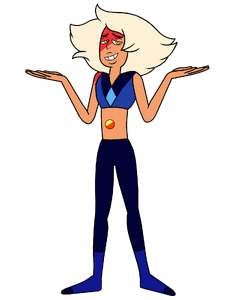 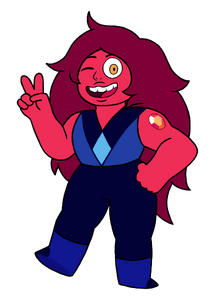 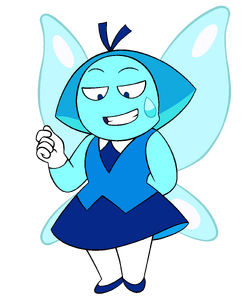 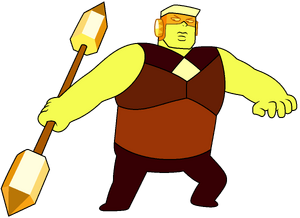 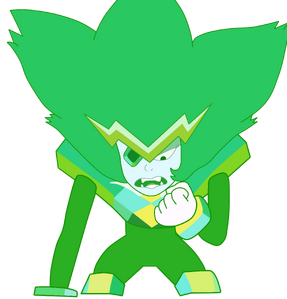 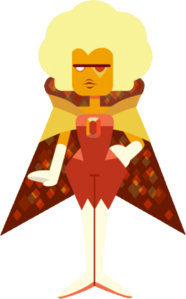 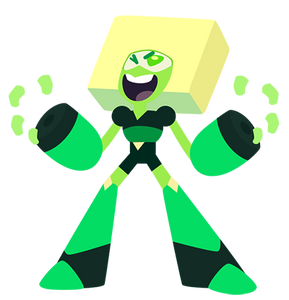 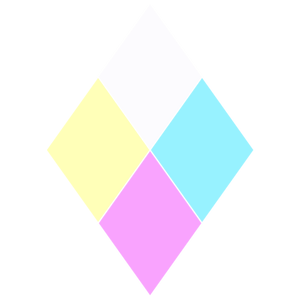 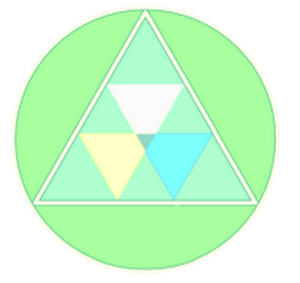 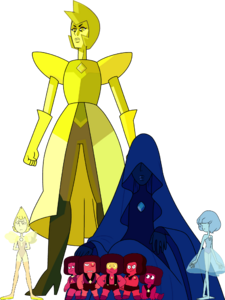 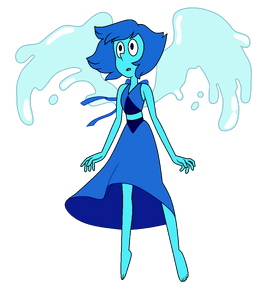 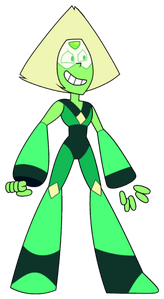 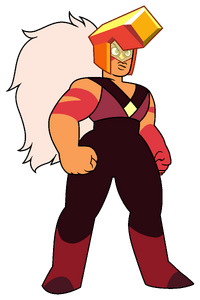 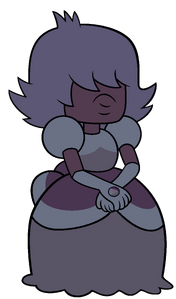 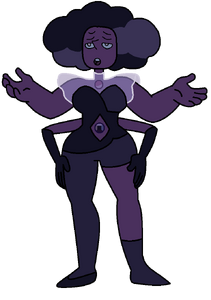 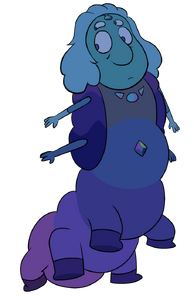 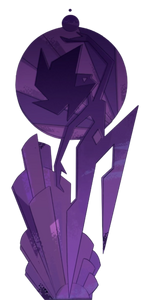 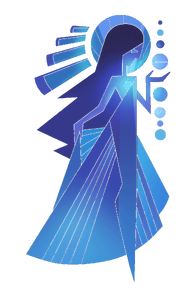 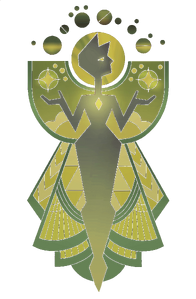 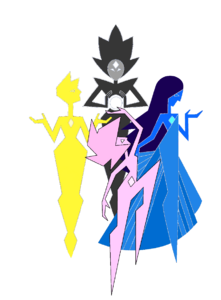