Kill the members of the Leviathan (failed).

The Homo Aquaticus is the main antagonist in the 1989 Italian-American science-fiction horror film Leviathan. It is a multi-being mutated creature that stalks and kills the members of an undersea facility.

It was portrayed by Tom Woodruff Jr., who also played the title character in the Pumpkinhead franchise.

Designed and created at sea by Russia, the strange genetic mutations were the cause of the country sinking their very own ship, the Leviathan, in hopes of keeping the word of the dangerous creation a secret. When Six Pack and Williams, two miners from Shack Seven, came across the sunken ship and came back to their underwater home, they brought with them a small container which housed numerous objects from the Russian ship, including vodka. Within this vodka, the modified DNA that caused the mutation was put by the Russians to test their creation.

When Six Pack and Bowman drank the vodka, the mutation showed itself in genetic alteration. The two died, but even in death, the monsters continued to grow. The aquatic creatures were loaded up inside a body bag, but as they were carried out, a clawed hand stretched out, along with a tentacle, slashing at Cobs. The creature was flushed out into the sea at the lift, but as the hatch closed, the leg of the man-made alien was removed from its body, and the monster began to regenerate. As the secrets of the ship were uncovered by the doctor and Beck, the man in charge of the mine, the monster attacked another member and went on forage for blood. To make matters worse, Cobs had been infected by the mutation and he to transformed, killing the doctor and turning him also. With just three left alive, the mutation grew in intelligence and cut off the air supply of the base, an imminent implosion forming. As time counted down, the group escaped back to the lift, avoiding the creature’s danger more than once. Jones and Williams escaped, and Beck managed to kill the beast when its jaws got stuck in the latch. As the group floated to the surface in their underwater suits, the base imploded and the final creature, originally cast out of Shack Seven, swam to the surface, attacking the survivors just as a rescue helicopter flew in. The monster gripped Jones, shoving his head underwater and drowning him. Swimming back to help his friend and kill the beast, Beck threw an explosive charge in the mutant’s maw, destroying the final creature and saving themselves, and the world, from the dangerous mutations. 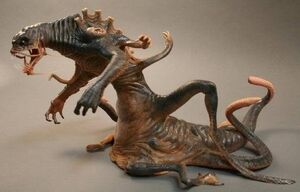 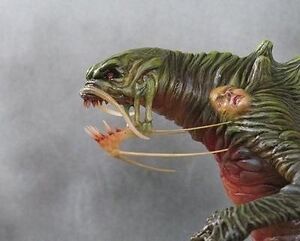 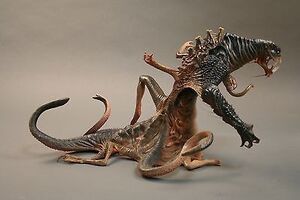 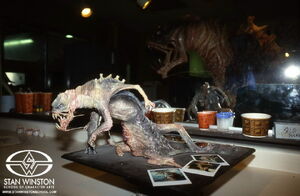 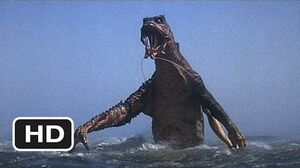 Leviathan (1989) - Say "Ahh" Scene (11 11) Movieclips
Add a photo to this gallery
Retrieved from "https://villains.fandom.com/wiki/Homo_Aquaticus?oldid=3752482"
Community content is available under CC-BY-SA unless otherwise noted.