Homura Akemi is the deuteragonist of the anime series Puella Magi Madoka Magica, and the main protagonist of the sequel movie Rebellion. She is a mysterious veteran Magical Girl who first appears to Madoka Kaname in a dream. Despite her main goal being to protect Madoka, her desire is considered to be a self-destroying obsession by many, and ultimately leads to her becoming the Devil in an attempt to give Madoka the life she believes she wants.

She is voiced by Chiwa Saito in the Japanese version of the anime and Christina Valenzuela in the English version.

Homura is a magical girl who first appears in an apocalyptic nightmare of Madoka's. She transfers into her school the day after the dream. She is a beautiful, mysterious individual that performs exceptionally well in academics and athletics. This makes her instantly popular even though she is cold to others. Homura's cold personality developed from repeating the same timeline again and again. She was originally a shy, weak transfer student who spent a long time in the hospital due to heart disease. She was befriended and eventually saved from a witch by Madoka, who revealed that she was a magical girl. When Madoka was killed in her battle with Walpurgis Night, Homura make a contract with Kyubey in order to become a person that could protect her. She became a magical girl with the ability to manipulate time, allowing her to return to her first meeting with Madoka in order to change her fate. She tries again and again to prevent Madoka from being killed or becoming a magical girl and, inevitably, a witch, but is never able to save her. She always returns to the beginning of the month upon failure.

Her magical weapon is a shield filled with sand that allows her to freeze time. However, this power becomes useless if she is physically restrained as she cannot turn her shield to activate it. She can also use this shield to block projectiles and store the various infinite amount of weapons that she carries. Since her shield and magic has no offensive capability, she instead attacks using stolen firearms and homemade explosives while time is stopped. None of the girls actually know what weapons she has, since she only uses them while time is stopped and they're frozen. Only once the sand in her shield runs out can Homura then reset the timeline. In the final timeline, she inherits Madoka's rose bow and arrows along with a set of white wings.

Since her arrival at Mitakihara Middle School, she is immediately depicted as being very intelligent, athletic, distant, and cold. It is revealed in episode 4 that she is like this because she has seen so much suffering during her tenure as a magical girl. Because of this, she does not want Madoka to become a magical girl and tries to do anything in order to stop her from making a wish with Kyubey, going as far as attempting to injure the cat-like creature despite knowing her attempts are futile.

In the original timeline where her journey began, however, Homura is portrayed as meek, shy, timid, and is known around the school for her lack of confidence. She was also known for her physical incapability of performing in P.E. class; she would get dizzy upon doing even the simplest of warm-up exercises. This had the unfortunate result of her being a target of bullying, as heard on Drama CD 1. Overwhelmed by her perceived uselessness, she begins questioning her existence and until she begins her fated friendship with Madoka, her feelings do not change.

Madoka, alongside Mami, shows Homura the ropes and dangers of becoming a magical girl and notes that Madoka's own attitude became much healthier with every witch battle. In an ironic twist, in the anime timeline we see how frail and meek Madoka is, compared to the current Homura whose personality had performed a complete 180-degree turn due to her experiences in multiple timelines.

Homura is also prone to brutal honesty, such as when she told Madoka that she should forget about Sayaka as there was nothing she could do to save her from her fate. When Madoka said she couldn't forget about her as she saved her life, Homura simply told her not to confuse gratitude with responsibility, causing Madoka to ask why she was so cold. Homura responded that it's because, like Sayaka, she doesn't consider herself human anymore, which she technically isn't as her soul is now outside her body.

Despite being regarded as emotionless by Sayaka, Homura is far from it. Although she does not easily show signs of remorse, sadness, or pity, it is only because she had grown used to the suffering around her. Homura herself has stated that she always feels badly with each life she is unable to save or alter, despite her frequent claims otherwise, but nevertheless, it does not slow her down from staying true to her main objective in saving Madoka.

Although becoming increasingly more distant towards Madoka with each timeline, she still very much cares for her as it is her sole objective to protect her and save her from her doomed fate, due to the countless blood, sweat, and tears she has shed over her jumps in time. In fact, after learning all that Homura had done for her, Madoka describes her as the most amazing friend she could ever ask for. 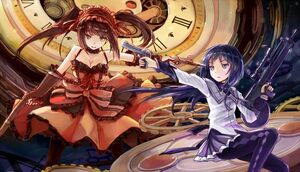 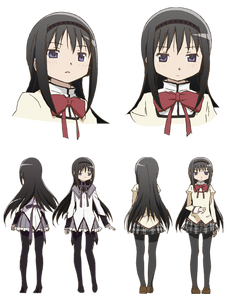 Retrieved from "https://villains.fandom.com/wiki/Homura_Akemi?oldid=3399416"
Community content is available under CC-BY-SA unless otherwise noted.