Sound of a liquid with a syrupy consistency

Honey Queen is one of the major antagonists of the second movie film One Piece: Clockwork Island Adventure. She is a member of the Trump Siblings, and she was first debuted in One Piece second movie.

She was voiced by Megumi Hayashibara.

Honey Queen is the slender and tall woman has a skin, a blonde yellow hair with a wavy tied at two pigtails, and dark brown eyes. She wears a yellow and black clothes with a white fluffy on her tummy, a purple and white fur coat with the ink spots on it, and her red high-heels with a pink long legging on her left leg, and her right leg is black legging fishnet stocking. She also wears a pink gloves.

Honey Queen is a loyalty and courage while she taking a bath in a top of the ship, when she chasing to the Straw Hats Pirates. She tells Boo Jack to surviving her opponents to reward their sarcastic manner to initial encounter.

She and her brothers will losing to lacking on the flee, she had to choose whenever to battle with any either. The proving as defense to despite her Logia-type Devil Fruit user, she doesn't not shame the share of lacking at her fear while the others who just like a same type.

She has the Devil Fruit Toro Toro no Mi, the Logia-type Devil Fruit who allowing to liquid of unknown while using her to alter kind of control and create. Honey Queen can use her utilize ability has a launch of wave to liquid has enough force while knocking it off Sanji into the hot-air balloon, and a fasting to flowing by the travel through pipes.

She has power but it's a little destructive to comparison power as a most the other Logia users, and take an easy from the capture at the air-tight containers. Basically, she can transform while even though the Devil Fruits that user clothes when according with her using the body, she also leaving the clothes between while she turning into a liquid. 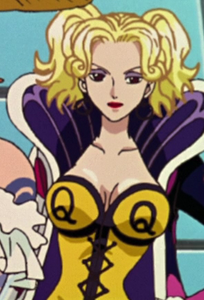 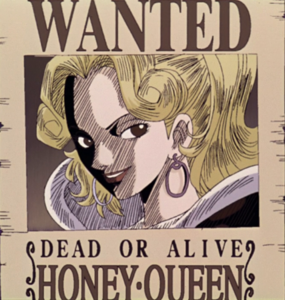 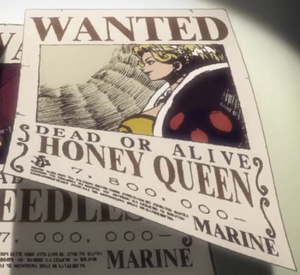 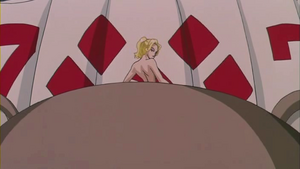 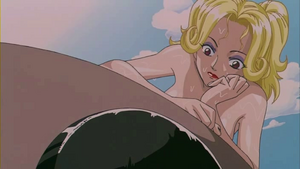 Honey Queen looking down from her tub. 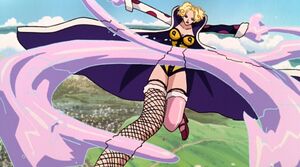 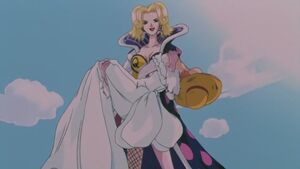 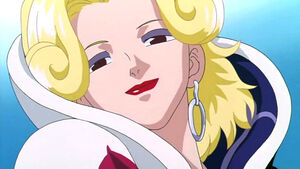 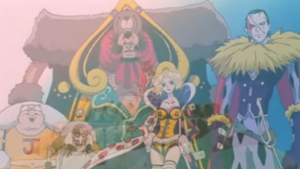 Retrieved from "https://villains.fandom.com/wiki/Honey_Queen?oldid=4384288"
Community content is available under CC-BY-SA unless otherwise noted.