Honeybeemon are minor characters in Digimon Frontier and Digimon Fusion.

Honeybeemon is a Armor Level Digimon that looks like a Bee with two arms and two legs. They also have The Symbol of Knowledge on their heads.

When Zoe was separated from the DigiDestined while they were inside Sakkakumon, she encountered three Honeybeemon that were working for Ranamon, though she didn't know that. They tried to spring traps on her but they always end up springing every one of their traps. Doing so Zoe helped the Honeybeemon get out of the traps and they both befriended and they all fell in love with her. In a vituperative and bitter rage of jealousy, Ranamon forced one of them to give Zoe a poison apple, which he did. Even when she was poisoned he manage to spirit evolve to Kazemon, and eventually Zephyrmon. When Ranamon and Zoe fought each other they had no choice but to cheer for Ranamon, even though she turned into Calmaramon. After Ranamon/Calmaramon was defeated and purified they quit the Ranamon Fan Club and became the creators of the Zoe Fan Club. 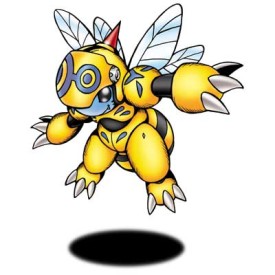 Three Honeybeemon were now starting to be fans of Zoe Orimoto. 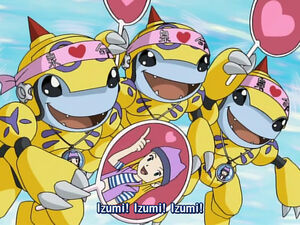 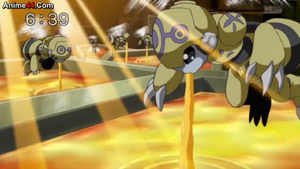 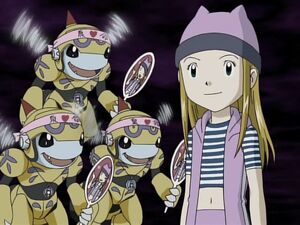